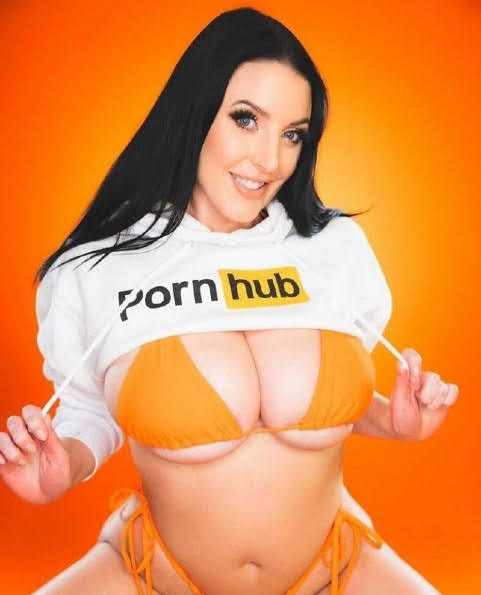 Tonight we share a peek at hottie Angela doing a bit of promo work for a controversial brand that has more than its share of online lovers & haters.

Kansas City Doubles Down On Luxury And Toy Trains

OLATHE, KS (KCTV) -- Sometimes, wildlife is closer than you think. At times it can be a nuisance. In this story, it's a goose-ance. Outside the lobby of a Savers thrift store, two Canada geese have nested in a set of flower pots, much to the amusement of many shoppers.

Biden to order all US troops out of Afghanistan by Sept. 11

President Joe Biden intends to withdraw all American troops from Afghanistan by Sept. 11, the 20th anniversary of the terrorist attacks that started the decades-long conflict, congressional officials confirmed Tuesday. News of the withdrawal deadline was first reported by the Washington Post. Biden had faced a deadline set by the previous administration of removing all U.S.

Pelosi on Jan. 6: 'They would have had a battle on their hands' if the mob had caught her

WASHINGTON - On her 100th day as speaker of the 117th Congress, Nancy Pelosi discussed the dramatic events that opened her tenure, when a mob that stormed the Capitol wanted to kill her. "That's what they were setting out to do," she told USA TODAY, if her security agents hadn't managed to evacuate her from the House chamber in time.

What's next as Congress ramps up investigations of Jan. 6

WASHINGTON (AP) - More than three months after the Jan. 6 insurrection at the Capitol, Congress is still trying to figure out how to move forward and prevent future attacks. While the Senate has already heard testimony from law enforcement leaders who were responsible for failures during the riot, several more committees are examining possible changes to the Capitol Police and a restructuring of the Capitol Police security command.

Japan's government announced a decision to begin dumping more than a million tons of treated but still radioactive wastewater from the crippled Fukushima nuclear plant into the Pacific Ocean in two years. The plant was severely damaged in a 2011 magnitude 9.0 quake and tsunami that left around 20,000 people in northeast Japan dead or missing.

Bitcoin Hits New High. Why This Isn't 2017 All Over Again.

Bitcoin surged to a record high on Tuesday, a day ahead of Coinbase Global's public stock listing - the latest coming-out party for cryptocurrencies. The price of Bitcoin rose as high as $63,209 before giving back some of those gains, according to Coindesk. It was more recently trading at $62,892, up 4.4% in the past 24 hours.

After local arts organizations got over the shock of not being able to perform in their normal manner, they began setting up cameras everywhere: streaming performances live, filming them to share on the web, or creating both live and "archived" versions at the same time.

Wednesday will be sunny with highs in the mid-50s

Hide Transcript Show Transcript OF CROSS CENTRAL AND WESTERN PARTS OF KANSAS. SO EXPECT AN INCREASE IN CLOUDS HERE FOR EVENING. WE'LL CALL IT PATCHY CLOUDS FOR YOUR EVENING HOURS.

Anonymous said…
Livin' large in downtown KCMO!
Stench from homeless campers on the city hall lawn.
Squealing tires from street racing in the middle of the night.
Was that loud noise the sound of gunshots?
900 square foot studio apartments for just $1900/month.
And THE streetcar to take you to Union Station and back.
The city that never sleeps!
And all at taxpayer expense.
The amusement park on the plains.
Hahahaha!!
4/13/21, 8:31 PM