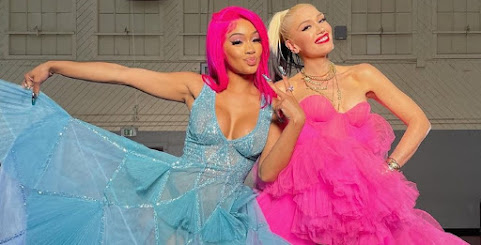 KANSAS CITY, MO (KCTV) -- The Kansas City VA was supposed to administer the Johnson & Johnson vaccine this week, but is switching to Pfizer instead. The KCVA released the following statement about the change for this week's clinics: "KCVA has temporarily paused administration of the Janssen (Johnson & Johnson) COVID-19 vaccine based on CDC and FDA recommendations.

GLADSTONE, Mo. - April is Sexual Assault Awareness Month and National Volunteer Month. Assistance League of Kansas City, with more than 300 members, is providing nearly a dozen programs for children and adults in need, including kits for assault survivors. "I wanted to find something to spend my time doing that could impact someone else," member Debbie Sobba said.

One night, as I was scrolling through my Instagram feed, I came across an account with pictures of the most handsome boy. His name was Butters, and he had my heart. He was stinky, dirty, hairy, and was seeking someone for love, snacks, and belly scratches.

Tuesday at 8 p.m. CT, SportingKC.com/live and the Sporting KC app are throwing it back to the very beginning. The beginning, of course, is April 13, 1996, when the Kansas City Wiz welcomed over 21,000 fans to Arrowhead Stadium for their inaugural MLS match against the Colorado Rapids. That momentous

Saweetie has joined Gwen Stefani on a new version of " Slow Clap," a solo single by the former No Doubt singer that was first released last month. The new track arrives with a music video directed by Sophie Muller, who helmed the visuals for No Doubt's "Don't Speak" and Stefani's "Wind It Up."

The U.S. and NATO met with Ukraine's foreign minister Tuesday to signal support. President Joe Biden spoke with Russia n President Vladimir Putin Tuesday morning and proposed the two hold a summit in a third country "in the coming months to discuss the full range of issues facing the United States and Russia," according to the White House.

Donald Trump reportedly mocked former first lady Michelle Obama for her looks in front of a group of Republican donors on Saturday, and once again referred to former president Barack Obama by his middle name, "Hussein".

More Americans will likely refuse to get Johnson & Johnson's Covid-19 vaccine after U.S. health regulators said six women developed a rare blood-clotting disorder that left one dead and another in critical condition, experts on public health and vaccines told CNBC on Tuesday.

The Democratic Party's top pollsters acknowledged on Tuesday that they "failed to live up to" their own expectations in their polling of the 2020 elections, saying that "major errors" led them to believe that Democrats would have a better Election

The Cordish Cos. to Start 2 Kansas City Projects

The Cordish Cos. is scheduled to begin construction of the $140 million, 288-unit Three Light Luxury Apartments development in downtown Kansas City, Mo., in May and the Midland Lofts, a 139-unit, affordably priced adaptive reuse project, this summer. Three Light is expected to deliver in May 2023 and the Midland Lofts renovations are slated for completion in late 2022.

Cooler weather continues through the work week into the weekend for Kansas City. Our afternoon high will be near 60° under mostly sunny skies. We could see a frost advisory or freeze warning issued later today, especially for areas of northern Missouri as temperature will drop into the mid-30s overnight.

Gwen Stefani - Slow Clap ft. Saweetie is the song of the day and this is the OPEN THREAD for right now.