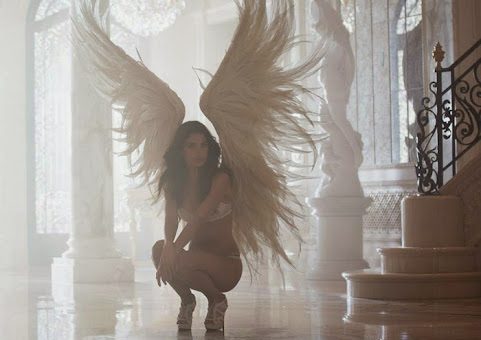 Right now we consider the redemption of an iconic panty brand along with pop culture, community news and top headlines.

KANSAS CITY, Mo. - People in the Kansas City area who are experiencing homelessness now have a designated parking area downtown. Located at 13th and Charlotte streets, the St. Mary's Episcopal Church's parking lot will be available from 6 p.m. to 6 a.m. for those in need.

OLATHE, Kan. - The Johnson County Sheriff's Office is warning residents about reports of a phone call scam directing people to purchase Walmart gift cards to avoid an arrest. According to a Facebook post, the sheriff's office has received reports that someone is impersonating Lt. Woods and calling about outstanding warrants.

One of Kansas City's premier historic buildings soon could see a long-planned $182 million conversion to an Embassy Suites hotel begin after 13 years of vacancy. Delta Quad Holdings LLC seeks to build 284 hotel rooms, a parking garage with about 450 spaces and a series of sidewalk, streetscape and lighting improvements for the former Federal Reserve Bank of Kansas City headquarters, located at 925 Grand Blvd.

L Brands could improve its bottom line and report record free cash flow levels. The stock is certainly no bargain any more, but might still be fairly valued.

Conservative Rep. Marjorie Taylor Greene is scrapping the planned launch of her "America First" caucus after receiving blowback from leaders in her own party, despite confirming through a spokesperson on Friday that the caucus would launch.

Gaetz's former girlfriend has played a bit role in the unfolding public drama - she is the woman who sent the lawmaker a nude video of her performing a hula hoop dance that he showed to other members of Congress.

WASHINGTON (AP) - Less than three months after former President Donald Trump left the White House, the race to succeed him is already beginning. Trump's former secretary of state, Mike Pompeo, has launched an aggressive schedule visiting states that will play a pivotal role in the 2024 Republican primaries and he has signed a contract with Fox News Channel.

Duchess Kate is paying tribute to more than just Prince Philip on Saturday, April 17. Royal watchers were quick to spot Queen Elizabeth II 's pearl necklace on Prince William 's wife as the Duke and Duchess of Cambridge were spotted on their way to Windsor for the funeral.

The Kansas City Royals were one of the biggest surprises of the offseason. They were one of the few teams to actively sign players in free agency, aggressively pursuing players that fit a specific mold. With the Royals still seemingly a year or two from contending, these moves seemed as though they would help teach the younger players how to win.

The hottest thing in Kansas City right now? It's Amy Marcus's new pot pies. Up until a couple of weeks ago, The Sweet Tea Pie Co. chef was famous for her specialty fruit pies. That was before she decided to try her hand at making savory pot pies.

KANSAS CITY, Mo. - A cafe in the West Bottoms is going the extra mile for their customers by learning American Sign Language, so that they can communicate with people coming in to get a cup of joe. For people who are deaf and hard of hearing, trying to find someone who knows simple sign language can be tough.

Hide Transcript Show Transcript YOU CAN SEE THE MESS ON THE GRAPH ECK NOW. IT WILL BE QUIET TODAY AND TOMORROW BUT THEN MONDAY NIGHT WE START NOT ONLY FEELING THE COLDER AIR MOVE IN BUT COMING WITH IT PRECIPITATION. THAT'S WHAT IS GOING TO LEAD TO A MESSY TUESDAY MORNING.

Weezer - Grapes Of Wrath is the song of the day and this is the OPEN THREAD for right now.