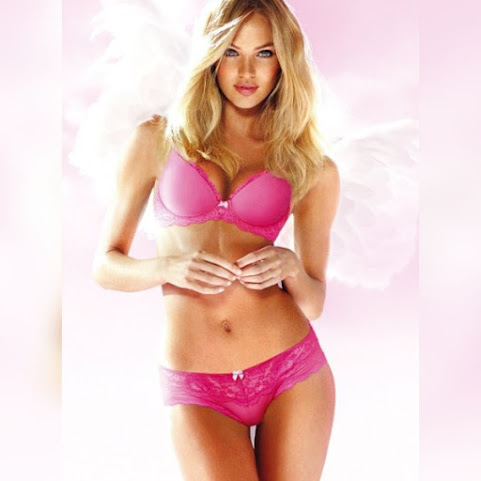 Right now angel Candice and her body of work for an iconic brand inspire this peek at pop culture, community news and top headlines.

Both the White Sox and the Royals are looking to get to the top of the AL Central, and the Royals will look to offseason acquisition Mike Minor to get a win on Sunday. Minor had a rough start to be...

OVERLAND PARK, KS (KCTV) -- The Overland Park Police Department is asking for the public's assistance with locating a dog involved in a bite that occurred this evening at approximately 7:00 p.m. Saturday night. A jogger was bitten by a dog near 131st and Antioch rd.

Car crashes into pole near 31st and Southwest Trafficway

KANSAS CITY, Mo. - Emergency crews are on the scene after a car struck a pole Sunday morning. The crash was reported just before 9 a.m. at the corner of 31st Street and Southwest Trafficway, near the FOX4 studios. Injuries are unknown at this time. The cause of the crash is under investigation.

Donald Trump devoted part of a speech to Republican donors on Saturday night to insulting the Senate minority leader, Mitch McConnell. According to multiple reports of the $400,000-a-ticket, closed-press event, the former president called the Kentucky senator "a dumb son of a bitch".

Police in the small town of Windsor, Virginia, found themselves in the national spotlight after being hit with a lawsuit from an Army officer, who is Black and Latino, after a traffic stop last December.

Police and local leaders in several cities across the U.S. were bracing for "White Lives Matter" events that were reportedly planned for Sunday, according to reports. The expected events raised the possibility of clashes between event participants and groups who oppose them, as well as between the groups and law enforcement, Forbes reported.

'How Many of Us Will Be Left?' Catholic Nuns Face Loss, Pain

GREENSBURG, Pa. (AP) - The nuns' daily email update was overtaken by news of infections. Ambulances blared into the driveways of their convents. Prayers for the sick went unanswered, prayers for the dead grew monotonous and, their cloistered world suddenly caving in, some of the sisters' thoughts were halting.

An ultra-conservative millionaire who admits to scourging himself daily to repress sexual desire is just one of an assortment of low-polling candidates who all have a shot at becoming Peru 's next president.

LONDON (AP) - The death of Prince Philip has left a "huge void" in Queen Elizabeth II's life, their son Prince Andrew said Sunday, as well-wishers continued to leave floral tributes outside the gates of royal residences in memory of the monarch's husband.


COVID Vaxx In The Dotte

KANSAS CITY, Kan. - Minority communities are becoming the focus of more vaccination clinics, as public health campaigns seek to get the immunizations to as many people as possible. Wyandotte County said it has struggled to increase its vaccination rate, and that may be tied to its large Spanish-speaking population.

SUNNY AND 75: Gorgeous Sunday in store

Hide Transcript Show Transcript IT IS GOING TO BE A GORGEOUS DAY. COLD THIS MORNING. FROSTY IN SOME AREAS. THIS AFTERNOON, BY 11:00, WE'RE APPROACHING 60. BETWEEN 3:00 AND 5:00, MAYBE EVEN 6:00, WE ARE GOING TO BE IN THE LOW TO MIDDLE 70'S. IT IS REALLY GOING TO BE PLEASANT AND NOT TERRIBLY WINDY.

Chicago - You're the Inspiration is the song of the day and this is the OPEN THREAD for right now.