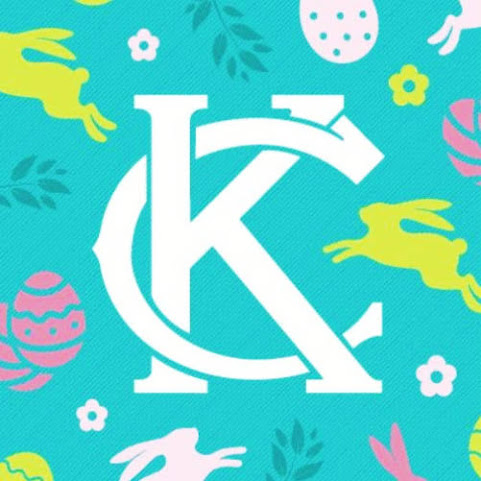 KANSAS CITY, Mo. - Families around the Kansas City area will be able to sit around the dining room table on Easter Sunday, thanks to new guidelines issued by the Centers for Disease Control and Prevention . Kelsey Pomeroy usually has family members over her house each year to celebrate the holiday.

People who are homebound face challenges when it comes to getting the vaccine, but the Central Jackson County Fire Protection District is bringing shots right to their door.On Friday, Capt. Nathan Manley's office was mobile. Inside his blue bag was hope for the homebound.


Debate Down By The River

PARKVILLE, Mo. - A proposed community development project at Platte Landing Park on Parkville's riverfront is causing concern for some who live there. It includes four new ball diamonds and six new multi-purpose fields. This is part of Parkville's master plan created in 2016.

DemiRose/Instagram Demi Rose is hanging around in an unbuttoned shirt and tiny stringy bikini to peel her Easter oranges. The 26-year-old model, fresh from celebrating her birthday at the end of March, was today right on time with her weekend update, posting for her 16.2 million Instagram followers and shouting out Easter.

Donald Trump has expanded his list of 'woke' companies to boycott, due to their opposition to Georgia's voting law

Donald Trump has spoken out again about the companies that oppose Georgia's new voting law. He called for more boycotts, saying "don't go back to their products until they relent." Barack Obama, meanwhile, commended the MLB on its decision to move its All-Star Game from Atlanta. See more stories on Insider's business page.

Voting rights advocate Nsé Ufot has been fighting for a week like this all year. For months, more than a half-dozen activist groups, including her own New Georgia Project, had urged business interests to denounce Republican-led efforts to restrict voting access in Georgia, she said.

Pope at Easter Urbi et Orbi: 'Risen Christ is hope that does not disappoint' - Vatican News

Throughout the world, the Church proclaims the joyous news that "Jesus, who was crucified, has risen as He said. Alleluia!", Pope Francis said at the start of his Easter message broadcast live around the world. He delivered his Urbi et Orbi message inside St. Peter's Basilica, just like last year, due to coronavirus safety measures.

YANGON, Myanmar (AP) - Anti-coup demonstrators in Myanmar, adept at finding themes to tie together protests nationwide, took to the streets holding painted eggs in a nod to the Easter holiday on Sunday. In the biggest city of Yangon, one group marched through the Insein district chanting and singing protest songs and cradling eggs bearing the slogan "Spring Revolution."

Pete Davidson, who once dated 18-year-old, mocked for Matt Gaetz portrayal on SNL

NBC's "Saturday Night Live" chose Pete Davidson to portray embattled Rep. Matt Gaetz - despite the cast member dating an 18-year-old last year. Davidson, 27, appeared as Gaetz (R-Fl.) in the show's cold open, in which the 38-year-old lawmaker was featured as a guest on a Britney Spears-hosted talk show for "the social pariahs of the week."

KANSAS CITY, Mo. - People continue to be creative with how they celebrate birthday parties in the middle of a pandemic. "We were trying to get 100 cars and 100 good wishes," Ginger Stewart-Lyons, Kenneth Stewart Sr.'s daughter said. The goal wasn't hard for Kenneth Stewart Sr., who is a World War II veteran, and his family.

KANSAS CITY, Mo. - Swope Health has held First Saturday Family Essentials drive-thru events since the beginning of the COVID-19 pandemic, and this weekend added an Easter treat for those in need. The event, in partnership with Sen. Barbara Washington and several community organizations, gives families an opportunity to pick up items such as laundry detergent and toiletries.

HUNTS LOOK GOOD BUT HANG ON TO YOUR BONNET. KATIE: TIE IT ON. IT IS GOING TO BE A BREEZY DAY TODAY. IT IS 52. WE'RE NOT AT OUR LOWEST TEMPERATURE YET. SUNRISE IS NOT UNTIL 6:58 THIS MORNING SO THE TEMPERATURE STILL HAS A WAY TO GO.

Depeche Mode - Personal Jesus is the song of the day and this is the OPEN THREAD for right now.