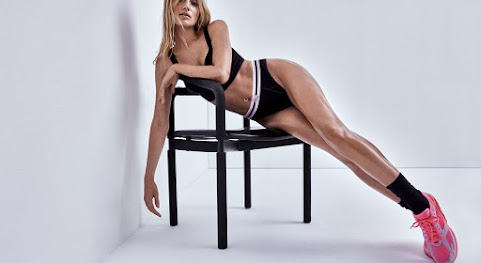 Once again we pay tribute to an iconic panty brand and their effort to stay sexy whilst avoiding "cancellation" from their full figured competitors who have declared war on "traditional" conceptions of beauty that have defined Western Culture for both better and worse.

KANSAS CITY, Mo. - Design work is ramping up as crews continue to work on moving the water lines in preparation for the new KC Streetcar extension along Main Street in Kansas City, Missouri. The new 3.5-mile route passes by Ability KC and The Whole Person, two nonprofits that serve people with physical disabilities among other aspects of their missions.

For the first time in more than 50 years, we'll be seeing Kansas City Monarchs players on the baseball diamond.

The episode marked a rare flip-flop-flip for the president, and it yielded a barrage of denunciations from key allies who'd previously heaped praise on the administration for promising to rebuild the refugee resettlement program. Faith-based organizations that had lent valuable weight to Biden's moral case against Trump during the election, said they still felt betrayed even after the White House issued its clarifying statement.

"Not only did [the media] run with [the story], it is remarkable if you take a walk through memory lane, at The New York Times convincing military families, who had their loved ones killed in action, that in fact Russia bounties were probably to blame," McEnany said Friday.

Ontario has announced sweeping new police powers to enforce an extended stay-at-home order, in the latest sign that officials in Canada's most populous province have lost control of the rapidly spreading coronavirus. With a record number of new cases, there is growing worry among experts that the already-strained healthcare system is being further pushed to the brink.

Tucker Carlson: Official Washington wanted US to stay in Afghanistan, so they lied to ensure we would

For five full years, through his campaign for President into his term in the White House, Donald Trump said often he wanted American troops to leave Afghanistan. Finally, in his last months in office, Trump seemed ready to act on this. He told aides he was going to pull the troops out.

The number of leaks about model Karlie Kloss and Josh Kushner's newborn baby are starting to rival those of the Trump White House. After keeping their new bundle of joy's name out of the press, it seems the tot's moniker was leaked by an extremely unlikely source.

Woman has lovingly made more than 1,500 special masks for Children's Mercy Hospital

Chris Huff is a retired nurse, mother of four, grandmother and quilter who is going through her fabric fast. But, she isn't cutting quilt squares. Instead, she's busy making masks for kids at Children's Mercy Hospital. "I've used up all the Chiefs fabric," she said. "That's long gone.

Whataburger to celebrate expansion to Kansas City area next week

KANSAS CITY, Mo. - Whataburger is one step closer to becoming a reality in the Kansas City area. The Texas-based burger chain announced Friday that the Chambers of Commerce for Overland Park, Independence and Lee's Summit will conduct two groundbreakings next week as Whataburger prepares to open four restaurants in the area this fall.

SHOWERS AS WELL AND IN 40S FIRST ALERT FUTURESCAN. IT IS MORE HIT AND MISS AND IT'S NOT REALLY GOING TO BE TOO ORGANIZED OVERNIGHT WHILE WE'RE TRYING TO SLEEP BUT HEADING INTO TOMORROW AFTERNOON.

Dinosaur Jr. - I Ran Away is the song of the day and this is the OPEN THREAD for right now.

It's sad when extremely obese women demand to be seen as the ideal of beauty, and blame it on a male-led society for not being seen that way. Let's start demanding that cellulite and stretch marks be seen as beauty marks because we say it's so and we can control the minds of others to make them think what we want them to think. Women don't think that way about males, but NPR views all males as stupid unless they think like they do.

After the Russian Collusion hoax involving the President was proven false and now the Putin "Bounties" on U.S. Troops is proven false Americans need to wake up that they are being lied to daily and the 2020 election was stolen.

Our country has been taken over by billionaire oligarchs.

^ Said thing is the Bidens, Clitons, Cuomos, Zuckerbergs, Dorseys etc. are going to piss Putin off and start a real war and then the aforementioned corrupt crooks will want your sons and daughters to die in combat.