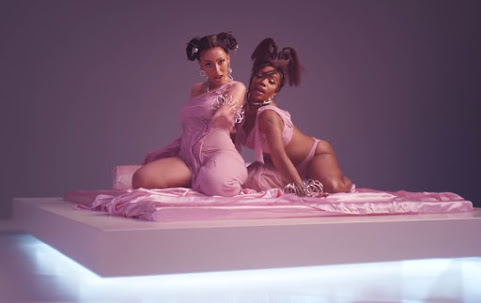 KANSAS CITY, Mo. - Outdoor dining will be a permanent option for some Kansas City restaurants. City council members voted to amend the city's zoning code Thursday allowing some bars and restaurants to use parking lots and other outdoor space as seating. It comes after the city allowed businesses to apply for permits to expand outdoor seating [...]

The newly renovated Flashcube luxury apartment building has an extra amenity: a Plexpod coworking space. Built in 1974 for Commerce Bank, the Flashcube building is listed on the National Register of Historic Places and underwent a $70 million redevelopment by Worcester Investments. Designed by Kansas City-based Clockwork Architecture + Design, the Plexpod space at 720 Main St.

INDEPENDENCE, Mo - It was all hands on deck at the Englewood Arts Center on Friday. The 30,000 square-foot facility is getting a major makeover after previously being a former medical building in town. Staff hopes the brand new building will provide art studios and serve the community as a safe space for budding artists to share their work.

It's not often that you've got Homer's Odyssey and "Grey's Anatomy" combined for the theme of a music video, but it happens in the clip for "Kiss Me More," the new collaborative single from Doja Cat and SZA.

How an arcane budget provision could let Democrats advance their agenda

A novel interpretation of an arcane parliamentary procedure has presented congressional Democrats with an unexpected - and tantalizing - new opportunity to advance some of their most ambitious legislative goals despite their slim majorities and fierce Republican opposition.

Tucker Carlson: Disagree with AOC? You might want to start looking over your shoulder

If you had to sum up this moment in American history, what would you call it? Maybe the "Age of Fraud." We're living in a time when the most powerful people in the world masquerade as the least powerful, a time when billionaires pose as helpless victims (don't criticize Bill Gates!), when a women who literally identifies as "the Duchess of Sussex" tells Oprah she's oppressed and Oprah nods in empathy, because Oprah's oppressed, too.

The scandal that wasn't: Republicans deflated as nation shrugs at Hunter Biden revelations

Where's Hunter? The rhetorical question about Joe Biden's troubled son was posed time and again by Donald Trump during last year's US presidential election but never caught fire in the way "Lock her up!" did against Hillary Clinton.

Meghan Markle Will Not Be at Prince Philip's Funeral, Prince Harry 'Planning to Attend'

KANSAS CITY, Mo. - A new program is helping people in crisis during the pandemic keep their pets. KC Pet Project recently launched Home Away From Home to foster pets until they can get back on their feet.

Following an early morning fire on April 5, Northeast neighbors are stepping up to help one of their own repair the damage. Indian Mound residents say fire investigators suspect arson was the cause of the residential fire at the southeast corner of the Indian Mound.

Rain will move out by Saturday afternoon

Hide Transcript Show Transcript WOULD BE A BETTER BET. KATIE: YES, EVERYTHING THIS MORNING WILL BE SOGGY AND WET FOR THE MORNING HOURS, BUT WE HAVE SIGNS THINGS WILL IMPROVE FOR THE AFTERNOON. IT WILL NOT BE A REAL WARM DAY, THOUGH. WE WILL STILL SEE HIGHS IN THE 50'S TODAY.

Doja Cat - Kiss Me More is the song of the day and this is the OPEN THREAD for right now.