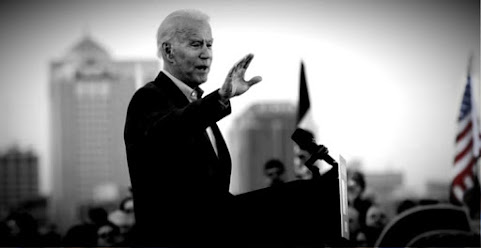 After Prez Trump was ousted from office, we noticed a great deal of celebration and hope on local social media feeds . . . We're guessing that all of the grumbling was over on Parler and then subsequently deleted.

Now that the nation has settled into the current administration it's difficult to gauge local reaction to the current Prez because he's simply not a very popular topic of conversation.

Polling suggests he's more popular than Prez Trump and a bevy of free money likely has a lot to do with that . . . Of course haters and trolls abound but their criticism doesn't really influence as many people as politicos fear.

And so, for the moment, we'll just make a simple observation . . . Look around local streets: Signs supporting former Prez Obama are apparent, look even more closely and there's still tribute to former Prez Trump. But our current Prez simply doesn't have a significant local following or fan base if local chatter, street signs, bumper stickers or any visible communication provide clues as to the feeling of the local electorate. Of course this isn't a scientific study but it's more independent than so many partisan numbers that are broadcast.

And so we offer sample polling as we take a pause for the overnight . . .

Independent UK: Americans back Biden’s early handling of pandemic but not on guns and immigration, new poll shows

Fox News: Only 44% of Americans approve of the job President Biden is doing on border security, with 55% saying they disapprove, according to an Associated Press-NORC Center for Public Affairs Research poll released Monday. And on the related issue of immigration, Biden stands at 42% approval and 56% disapproval.

my grandpa voted for biden, he must admire the President's stalwart principles and no nonsense language.


“Thank you, Almighty Lord, for giving Donald J. Trump to America in a time of great need to deliver a COVID vaccine in record time through his Operation Warp Speed because of his business management expertise and can-do attitude. Amen.” – Basement Biden after being given truth serum

Here's where the Libtards are spending the money of American taxpayers:

As the current contract stands, the cost to taxpayers for housing 1,200 migrant families in hotel rooms for six months is about $71,000 per person. For a family of four, that amounts to a shocking $284,000 — enough to buy a small house.

Joe bidumb doesn’t have any backers in kc, none. Nobody wanted the old lying fool for prez, well, the trannies did but that’s it

For all his faults he is still better than the last crook.

China Joes infrastructure bill is much like our airport contracts. It leans heavily in favor of minority owned construction companies that are few and far between. In other words most of the money will disappear into front groups and fake companies with much of it looping back into politicians family's and friends pockets.

YEs, since Queer eye for the straight guy ended production in the KC metro. It's hard to find live backers of Bidet. Well, ones that can legally vote anyways. Free cheese felons are a dime a dozen otherwise.

^^^And yet it isn't. I voted for Biden because he wasn't Trump. I didn't expect much, but so far I'm impressed with his willingness to propose big and fight for his proposals. He finally learned what Obama should have figured out: You can't fight the obstructionist Republicans, so fuck bipartisanship.

Who is President Biden? You mean President Harris, right?

12:22 is ok with human rights abuses just so he doesn't see mean things on Twitter.

He's ok with the cartels making billions of dollars trafficking their child rape victims across the border.

Democrats are ok with child rape, as long as they make money and power.

5:50 is ok with human rights abuses just so he doesn't see mean things on Twitter.

He's ok with the cartels making billions of dollars trafficking their child rape victims across the border.

Democrats are ok with child rape, as long as they make money and power.


Biden stands at a negative approval rating. First off he is not the president and second he is handing out money like candy too bad democrats are too stupid to see what that is going to do. But you know how uneducated the democrats are.

Biden can’t find Biden’s ass with both hands. He is the laughing stock of the world and our country. Democrats always destroy everything they touch. This demented moron is no different.