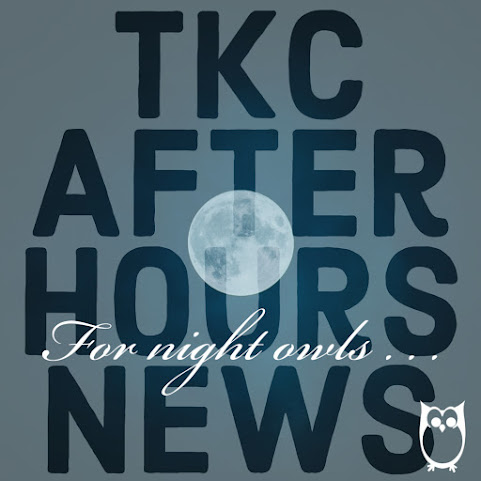 For our most dedicated denizens of the discourse, we share this peek at some of our favorite news links of the day for purposes of education and enlightenment on this dark night.

Out of an abundance of caution, health officials in the U.S. paused distribution of the Johnson & Johnson COVID-19 vaccine as some people have had issues with blood clots.Out of nearly 7 million doses given, six people experienced adverse blood clots. All were women between the ages 18 to 48.

Woman arrested after incident with gun at Junction Elementary School

KANSAS CITY, Mo. - A woman is in jail after displaying a gun Tuesday morning during an incident outside a Turner School District elementary school. The incident happened about 7:50 a.m. as a line of vehicles were dropping off students at Junction Elementary School, 2570 South 42nd Street, in Kansas City, Kansas.

House Minority Leader Kevin McCarthy (R-Calif.), who last week called the accusations "serious," declined to say whether Gaetz should step down if the claims are true. "These are hypotheticals," he told POLITICO in the hallways. "We will deal with everything as they come."

Boehner reveals why he won't back down from Cruz feud: 'I've just decided, screw Ted Cruz'

Former House Speaker John Boehner revealed the reason for his public vitriol toward Sen. Ted Cruz, R-Texas in a wide-ranging interview on " Special Report" Tuesday. "The guy was always stirring up trouble with some of the knuckleheads in my caucus," Boehner told "Special Report" host Bret Baier.

More than 36 million people would be freed from debt if the Biden administration cancels $50,000 in student debt per borrower, according to data put out Tuesday from the Education Department. Sen. (D-Mass.), a vocal proponent of the cancellation proposal being pushed by progressives, released the data after requesting answers from the Education Department earlier this month.

Moderna Says Its COVID Vaccine Is 90% Effective Six Months On

Moderna has cited new data showing its coronavirus vaccine is still more than 90 percent effective up to six months after a person has received their second shot. The final-stage trial of the vaccine showed "continued strong efficacy," the company said in a statement Tuesday.

The Rolling Stones frontman has about had it with your TikTok videos. Mick Jagger is still not getting any satisfaction under lockdown. On Tuesday, Jagger released a surprise collaboration with Foo Fighters frontman Dave Grohl "Easy Sleazy," which brushes through all of 2020s lowlights, including the uptick of conspiracy theories about the COVID-19 vaccine and the "prison" that is being stuck indoors.

The Hunt family can add another big win to its resume. Gracie Hunt - the 22-year-old daughter of Kansas City Chiefs chairman and CEO, Clark Hunt - was crowned Miss Kansas USA at the state's annual pageant on Sunday.

OLATHE, KS (KCTV) -- Ryan Martin, a son of a fifth generation seamstress, has been turning and burning on sewing machines since he was 7 years old. He makes high-end bespoke jeans for his label, W.H. Ranch Dungarees. He says they stand up to anything.