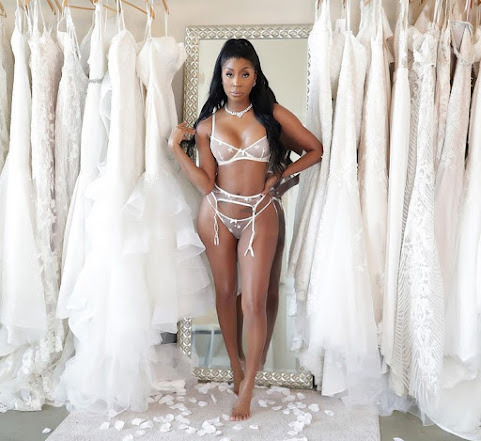 KANSAS CITY, Mo. - If you're looking for a job, you can check out a job fair today without even leaving your home. The Urban League of Greater Kansas City is holding a virtual hiring event.

Olathe police save person driving on tracks heading toward train

OLATHE, KS (KCTV) -- Police were able to stop and save a person who was driving their vehicle on train tracks heading toward a train early Friday morning. The incident happened shortly before 5 a.m. near the intersection of Northgate and North Woodland Street. The area is a few blocks south of 119th Street.

Savage X Fenty Brides-to-be, stop everything. Rihanna's Savage X Fenty has released a bridal capsule collection, and it is stunning! The star's lingerie line includes 15 sexy pieces, including bras, underwear, corsets and more that are sure to make you feel beautiful, confident and romantic on the special night.

Caitlyn Jenner, the Olympic gold medalist with a reality-show family, announced Friday that she will run for governor of California. The state's Democratic governor, Gavin Newsom, is likely to face a recall election this year. Jenner, a 71-year-old Republican, said she had filed paperwork to run for the office.

A Homeland Security whistleblower is offering a glimpse into how officers facing the brunt of the illegal immigration crisis are faring - saying Biden administration policies "were implemented irresponsibly" by people who are removed from the situation on the ground and "do not have any sense of realism."

What It Means For The U.S. To Call The Atrocities Against Armenians Genocide

Editor's note: A previous version of this story, written by Krishnadev Calamur in Washington, was published on April 24, 2015, with the headline: A Century After Atrocities Against Armenians, An Unresolved Wound . Peter Kenyon, reporting from Istanbul, wrote this update to reflect developments including the first U.S.

The police shooting of Black teenager Ma'Khia Bryant in Columbus, Ohio, this week prompted discredited media takes that the officer could have aimed at her limbs or even fired in the air rather than use lethal force. A Columbus policeman shot 16-year-old Bryant four times on Tuesday while she attacked another woman, according to bodycam footage of the incident.

Just six weeks ago, India's Health Minister declared that the country was "in the endgame" of the Covid-19 pandemic. Today, India reported the world's highest single-day number of new cases since the pandemic began.

KANSAS CITY, Kan. - The future of Johnson and Johnson's Covid-19 vaccine is being discussed today by a federal advisory panel. A recommendation to lift the "pause" on the so-called Janssen shot could put the vaccine back in circulation as early as this weekend.

The Kansas City Chiefs are trading the No. 31 overall pick in the 2021 NFL Draft, among other picks, to the Baltimore Ravens in exchange for offensive tackle Orlando Brown, as first reported by ESPN's Adam Schefter.

by: Heidi Schmidt Posted: / Updated: KANSAS CITY, Kan. - COVID-19 has killed thousands of people across the metro, including nearly 300 people in Wyandotte County. The Unified Government is remembering each life lost in a new memorial outside Memorial Hall in Kansas City, Kansas. It includes a banner and 273 teal flags.