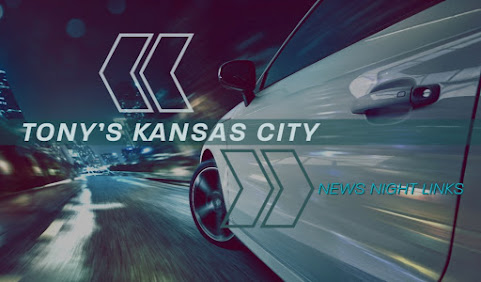 As the weather warms up, tonight's news focuses on local outings, drivings and events on the horizon.

KANSAS CITY, Mo. - For the first time in more than a year, Kansas City restaurants and bars can operate at full capacity. The latest COVID-related health order in Kansas City lifts all capacity limits, effective Friday. Masks are still required indoors, but not outside.

OLATHE, Kan. - A group of Hispanic teens learning automotive skills, while building relationships with teachers and police in Olathe, it's a story 41 Action News first told in 2018. During the three years since, the Olathe Police Department donated a used cruiser that was set to be scrapped.

Thirteen years after it shut down, drivers went racing again Friday night at I-70 Speedway in Odessa, Missouri. For the grand opening, World of Outlaws Nos Energy Drink sprint car series, billed as "The Greatest Show on Dirt," returned for the first time in 35 years.

Twins down Royals in Friday opener

The Royals lost their Friday-night opener to the Twins, 9-1, on Friday night. The game was woefully unnoteworthy from a box score perspective. Brady Singer got hit on the foot by a screaming line drive by Josh Donaldson, causing him to exit the game after two innings.

If ﻿you struggle to find a private place to get intimate with your lover at home, you think the idea of car sex is seriously kinky, or you're simply curious about how it works, with a few pointers we can help you transform your motor into a passion wagon!﻿

The president's stance rejects both his predecessors' plans. After months of closed-door talks, President Joe Biden's administration has completed its review of North Korea policy, charting a path forward that rejects both of his immediate predecessors' stances on the nuclear-armed rogue state. The review has been highly anticipated, especially among U.S.

Joe Biden's administration, seeking deep cuts to planet-heating emissions, is facing pressure to take a previously unthinkable step: declare the end of the internal combustion engine in the US. Washington state has moved to call time on the age of gasoline and diesel cars, with the legislature passing a goal that new car sales be only zero-emission vehicles from 2030, including out of state purchases that are then imported.

Liberal comedian Jimmy Kimmel attacked Sen. Tim Scott, R-S.C., Thursday as a token for the Republican Party, mocking him as being forced to "let the American people know the Republican Party isn't racist." "An amazing thing happened after the speech," Kimmel said Thursday.

Pope Francis ruled on Friday that bishops and cardinals who work in the Vatican will be judged by the same lay tribunal that hears other criminal cases and no longer by an elite panel of prelates.


Foodies For Good Cause

KANSAS CITY, Mo. - The Harvesters Community Food Network has teamed up with more than 40 local restaurants, bakeries and breweries to bring together love of food and community. This year's partnership - formerly known as Forks and Corks - keeps the event's new name - Forks on Friday - from the 2020 event, which was updated due to the coronavirus pandemic.

Saturday will sunny, breezy and warm

Hide Transcript Show Transcript DEAL TO DO THAT BARBECUING TOMORROW, BUT FAIR SKIES THAT WILL CONTINUE IN A LOT OF STARS OUT THERE AS WE GO AT NINE O'CLOCK WILL BE AT 71 DEGREES BY 10 PM FALLING DOWN TO 68 BY TOMORROW MORNING FAIR SKIES SOUTH WINDS AT 8 TO 15, BUT GETTING STRONGER IN THE AFTERNOON HOURS 55 IN TRENTON 56 IN CHILLICOTHE NEAR 60 IN THE MORNING.