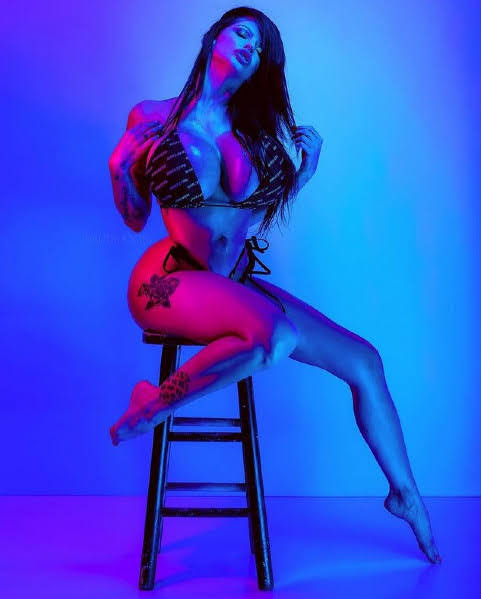 To start the morning we focus on Tiger's former lady friend hottie Josie taking pr0n company branding mainstream and to the next level as we check pop culture, community news and top headlines.

KANSAS CITY, MO (KCTV) -- A long-awaited bike and pedestrian trail just a few weeks away from opening. It's completion will create a 13.5 mile stretch of trail through Jackson County, stretching from Lee's Summit, running through downtown Raytown, and ending at the Truman Sports Complex.

The FBI and Ames, Iowa, police honored two Kansas City police officers for their commitment to their jobs in helping a distressed family more than 200 miles away.The officers were beginning their shift and were told to check out a bag of garbage dumped in a drainpipe.

As air travel resumes for many Kansas Citians, experts offer tips to protect your wallet

KANSAS CITY, Mo. - Some are calling it "revenge travel." Despite warnings and guidance from the Centers for Disease Control and Prevention, recently vaccinated Kansas City area residents are eager are to fly the friendly skies once again. For Pat Salvatore, it's been a long time coming.

A Look At All Of Tiger Woods' Exes

Many people know about the situation that occurred with Tiger Woods in the past, which looking back, showcases just how many women he's dated and been with. Granted, a lot of these aren't super official, as the situation called for a lot of secrets that eventually came out.

Former President Bill Clinton and former Secretary of State Hillary Clinton each reacted to Tuesday's verdict in the Derek Chauvin murder trial. The former president said the jury "made the right decision" in convicting Chauvin, an ex- Minneapolis police officer on murder charges in the death of George Floyd in the city last May.

Former President George W. Bush derided his Republican Party on Tuesday for what he said it has become in the era of Donald Trump and misinformation, describing the GOP as "isolationist, protectionist and, to a certain extent, nativist."

Rep. Maxine Waters, D-Calif., appeared to shake off comments by the judge in the Derek Chauvin murder trial who said her "confrontational" remarks during a weekend protest in Minnesota could result in "this whole trial being overturned."

China's Xi Jinping to speak at a U.S.-led climate summit on Thursday

BEIJING - Chinese President Xi Jinping will give a speech Thursday via video conference at a global leaders climate summit organized by U.S. President Joe Biden, state media said Wednesday. Many expected the leaders of the world's two largest economies - and the largest carbon polluters - to have their first meeting on the sidelines of the summit as tensions between the two countries simmer.

Pastor Todd Coconato, a staunch supporter of Donald Trump, believes the former president may return to the Oval Office, in part, because God is in control of America's leadership. Coconato, president of the Religious Liberties Coalition, regularly speaks out about the "stolen" election and has pushed people not to give up praying for change.

by: Heidi Schmidt Posted: / Updated: KANSAS CITY, Mo. - A sod mistake will cost Jackson County thousands of dollars to fix and keep people off a golf course for a month. The Jackson County Parks + Rec department noticed some of the greens at the 18-hole Fred Arbanas Golf Course did not reemerge this spring.

FREEZE FOR JUST ABOUT EVERYBODY SO WE'LL GO FROM THE 40S AND THE NEXT HOUR OR SO DOWN TO THE 30S AND CONTINUING TO DROP AS GUYS CLEAR OUT WINDS GOING LIGHT WESTERLY AT ONLY ABOUT FIVE BY SAY ELEVEN O'CLOCK OR SO, BUT AS MENTIONED WE'RE GOING TO BE BELOW FREEZING AND THAT'S WHY WE DO HAVE THAT HARD FREEZE OUT THERE THAT'S EXPECTED.

Foo Fighters - Chasing Birds is the song of the day and this is the OPEN THREAD for right now.