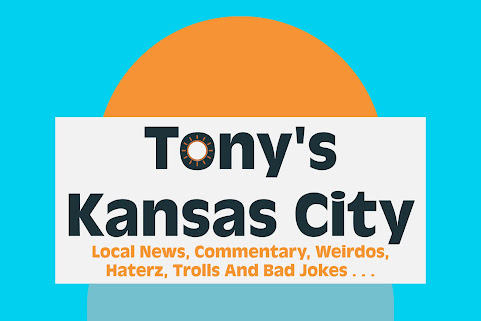 Thanks for hanging with us to start the day. For early morning readers, as always, we share pop culture, community news and top headlines.

How Much Of Jackson County Population Is Vaccinated?

KANSAS CITY, MO - The pace of coronavirus vaccinations has slowed somewhat in the United States., but the country continues to administer more than 2.5 million doses daily. Jackson County is below the national average for percentage of adults who are fully vaccinated.

by: Brian Dulle Posted: / Updated: KANSAS CITY, Kan. - Racing returns to the Kansas Speedway this weekend for the ARCA Mendards Series and the NASCAR Camping World Truck Series on Saturday and the NASCAR Cup Series in the "Buschy McBusch Race 400" on Sunday.


In Pursuit Of Pr0n

The great power race between the US and China is on. And Beijing is confident of winning

When US President Joe Biden urged Americans to "win the 21st century" in his joint address to Congress, he painted a picture of a new great power competition with China and repeatedly name checked its leader, Xi Jinping.

Rep. (R-Wyo.) responded to her critics who slammed her for giving a fist bump before his address to Congress on Wednesday. " I disagree strongly w/ @JoeBiden policies, but when the President reaches out to greet me in the chamber of the US House of Representatives, I will always respond in a civil, respectful & dignified way," Cheney tweeted on Thursday.

Former Vice President on Thursday made his return to the public eye, looking back on the work of the Trump administration and calling for conservatives to unite in opposition to 's agenda. Pence served as the keynote speaker at a Palmetto Family Council event in South Carolina.

ROME -- Pope Francis set a 40-euro ($48) gift cap for all Vatican employees Thursday and issued a new law requiring Vatican cardinals and managers to periodically report on their compliance with clean financial practices in one of his biggest efforts yet to crack down on corruption in the Holy See.

Art in the Loop introduces 2021 project with a call for artists The Art in the Loop Foundation (AILF), along with the KC Streetcar Authority, is looking for artists to bring their creativity to Downtown Kansas City for the 2021 Summer AILF Public Art program, now in its eighth year.


All About New O-Line

Only a few hours before he made the Orlando Brown Jr. trade, Kansas City Chiefs general manager Brett Veach explained that he felt the 2021 NFL Draft's "hot zone" sat somewhere between the beginning of round two and the middle of round three. That is where he and his staff would find the most value.

3 more nice days before another storm arrives in Kansas City

It will be mostly sunny again, and nearly perfect. A south breeze will return later in the day but only at 5-15 mph. High: 79°

Dry Cleaning - Strong Feelings is the song of the day and this is the OPEN THREAD for right now.

Anonymous said…
The devil bidumbs went down to Georgia said....

Did anyone notice that hoe Jill bidumb wore a dress with lemons on it when everybody knows Georgia is the peach state, this was clearly meant as an insult to the great state of Georgia.

The bidumbs have to be the dumbest people on earth, they are actually dumber than the odummys, and I thought nobody could be that dumb.

Biden's American family plan????? How funny! He has turned a blind eye to the sex trafficking that started back up at the border. How funny Biden is trying to act like Trump and do the things Trump did. He will NEVER be like Trump, and he's not the President of this country the people did NOT vote him in.

Anonymous said…
"He will NEVER be like Trump," We know he's better. America didn't want another Trump. That's why we threw him out of office CHUD. Oh you're through fatty, we are sending you MAGA terrorists to jail one at a time.
4/30/21, 7:34 AM

Maybe the Chiefs can draft a grad assistant to chauffeur Andy and Brit Reid around when they are drunk.

Anonymous said…
Of course China is confident of winning. They have Hollywood, social media, major media outlets, the Dimocrat party, and the president in their pockets.
4/30/21, 11:05 AM

Clayton Bigsby said…
They already announced they are taking a kid who played in Raytown and at K State
4/30/21, 12:56 PM

Anonymous said…
6:55 wants to talk sex trafficking when it seems like almost on a monthly basis some Republican pedo is being outed while Rudy keeps going on and on about Hunter's hard drive, which he apparently turned over to the FBI a long time ago but was still in possession of when he got raided. Lively bunch you got there GQP.
4/30/21, 4:20 PM