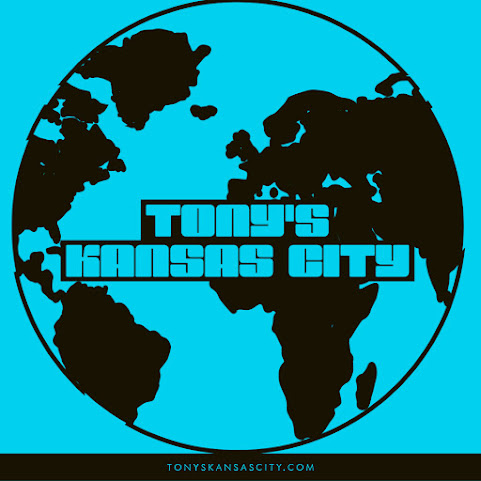 For night owls & early birds we share just a few items worth a peek and to guide us into the work week.

KANSAS CITY, Mo. - It's a single shot that has shattered the world of those who loved and knew KCUR reporter Aviva Okeson-Haberman. A concerned coworker came by her apartment Friday after messages to went unanswered. "Somebody walked over to her house and looked like they were spooked about something," neighbor Jovel Bowen said.

The tension was palpable as a verdict announcement drew near. In Kansas City, hundreds of miles from Minneapolis, helicopters circled overhead, putting everyone on high alert for whatever reaction the decision might bring. It had been almost a year since the world saw George Floyd die on video with then-Minneapolis Police officer Derek Chauvin's knee on his neck.

Fully vaccinated Americans will be able to vacation in the EU this summer, European Commission president tells New York Times

Americans who have been fully vaccinated against Covid-19 will be able to visit the European Union this summer, Ursula von der Leyen, president of the European Commission, said in an interview with The New York Times on Sunday.

Just a few days before President Joe Biden marks his first 100 days in office, a trio of new polls from NBC, CBS, and the Washington Post and ABC show that Americans give Biden high marks for his handling of the coronavirus pandemic, while his overall job approval rating remains positive.

Nearly half of all Republicans questioned in a new poll said that they believe former Minneapolis police officer Derek Chauvin was wrongly convicted of murdering George Floyd. A total of 46 percent of respondents to the CBS News-YouGov poll who identified as Republican said the Hennepin County jury reached the "wrong verdict."

President Joe Biden's official recognition of the Armenian massacre as a genocide has received approval from Kim Kardashian and Cher. The Armenian Genocide resulted in the deaths of approximately 1.5 million people and the deportation of around 2 million between 1915 and 1925 by the now dissolved Ottoman Empire. The U.S.

Months after Donald Trump's election defeat, Republicans in Arizona are challenging the outcome with an unprecedented effort to audit results in their most populous county - all run by a Florida company, Cyber Ninjas, with no elections experience.

JERUSALEM (Reuters) -Palestinians gathered in celebration outside Jerusalem's Damascus Gate on Sunday night after barriers put up by Israeli police were removed, allowing them access to a square that became the focus of nightly Ramadan clashes.

The Oscars Embraced Diversity, but Not as Much as It Could Have

After the humiliating back-to-back scandal of #OscarsSoWhite for the 2014 and 2015 Academy Awards, the Academy of Motion Picture Arts and Sciences set itself to aggressively increasing representation within its membership. By expanding the perspectives of its voters, the hope was that a greater diversity of voices could find recognition at the Oscars.

The Oscar-nominated actress just stole the show by dancing to "Da Butt" during the Academy Awards telecast. See the meme-worthy moment that everyone will be talking about.

The Royals, who aren't acting like most rebuilders, have the AL's best record three weeks into 2021 season

The Kansas City Royals on Sunday rode another dominant outing from Danny Duffy to a 4-0 win over the Detroit Tigers ( box score). That's the Royals' fourth straight win, which means they maintain a 2.0-game lead over the Chicago White Sox in the AL Central. That K.C.

Breezy south winds will relax to a steady 15 mph pace overnight as temperatures drop into the 50s. Monday will start out mild before gusty southwest winds increase between 20 and 30 mph with gusts up near 40 mph at times.

Dinosaur Jr. - Take It Back is the song of the day and this is the OPEN THREAD for right now.