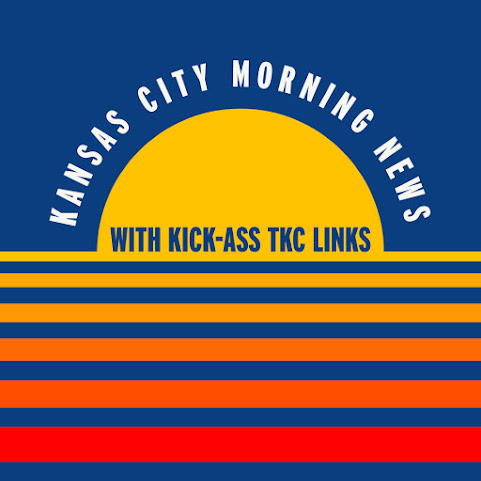 To start the morning we share just a bit of info on community news, pop culture and top headlines.

10 days of tragedy: 15 historic disasters occurred over these days in April

The middle of April has been a calamitous time in history, with a series of tragic events happening locally, nationally, and across the world. Between April 11 and April 20, more than a dozen disasters shaped the course of history.

A bill with charter school expansion, public funding of private schools and home schools, and nearly everything else officials and advocates of traditional public schools don't want could come up for debate on the floor of the Missouri Senate at any time.

Veteran homelessness has increased in Kansas according to new data

by: Sam Montero, KSN Posted: / Updated: WICHITA, Kan. (KSNW) - According to new data from the Department of Housing and Urban Development (HUD), homelessness among veterans has risen in Kansas by 7.4% from 2019 to 2020. Retired Marine Corps Col. Michael Hudson said it happens too often.

'No personal liberties were taken away': Joe Scarborough blasts Jim Jordan for spreading 'lies' about Fauci

Joe Scarborough blasted Rep. Jim Jordan for his conduct while questioning Fauci during a hearing. "When do Americans get their freedom back?" Jordan aggressively asked of Fauci. "It's so personal and it is personal," Scarborough said. "They have lied about Dr. Fauci. See more stories on Insider's business page.

Opinion | The Pentagon has stopped laughing about UFOs. Why hasn't Silicon Valley?

In our era of life-changing innovation, there are major breakthroughs that could well come from the serious study of a phenomenon we too often mock: UFOs. The government has reversed its official position of publicly ignoring UAPs (unidentified aerial phenomenon, the new trendy name for UFOs) and is starting to tackle the subject openly.

Former President Donald Trump on Sunday praised withdrawing US troops from Afghanistan, while knocking his successor's timeline for doing so.

A Norwegian COVID-19 denier, who threw illegal gatherings, has died from the virus, officials said. Hans Kristian Gaarder, 60, died days after holding two illegal parties on his property. Several guests have since tested positive for the virus and also gave it to close contacts.

The thrilling snap was a big hit with Daisy's following, reeling in 100,000 likes overnight. Many of her online admirers and fellow influencers, such as Isabella Buscemi, Nazanin Kavari, Amra Olević Reyes, and Lydia Barakat, dropped gushing messages in the comments section of the post.

How Can Honey Never Spoil?

I've heard honey never spoils. How is this possible?-Joshua Landis, Kansas City, Kansas Honey has an unusual composition. As you know, it starts with plant nectar before the bees work their magic and the factors that retard spoilage come into play. First, most of the water is evaporated.

"Jazz and the Black Aesthetic" showcases the visual work of members of the local Black Space Black Art (BSBA) collective but feels like jazz music. From acrylic paintings to 3-D works, the exhibit featured in the American Jazz Museum's Changing Gallery is an interstellar interpretation of jazz music through visual media.

OUT THERE THIS MORNING ABOUT BE A PART OF THAT RACE. RIGHT NOW, WELL, WE STILL HAVE CLOUDS OVERHEAD. A FEW SPRINKLES WELL EAST OF THE METRO AREA. SOME SUNSHINE TRYING TO MIX IN OUT THERE WHERE IT'S 60 DEGREES, WE HAVE A WEST, NORTHWEST WIND CURRENTLY AT NINE MILES AN HOUR.

Calibre 50, Los Dos Carnales - El Mensaje is the song of the day and this is the OPEN THREAD for right now.