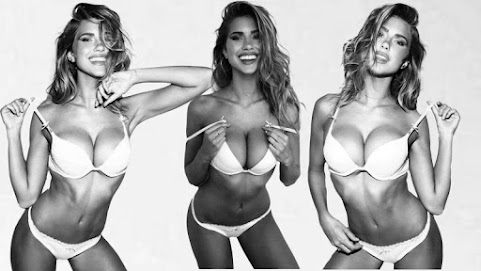 
Get Poked In The Dotte

The Unified Government Public Health Department said Tuesday it will now offer COVID-19 vaccinations to anyone 16 and older, regardless of where they live or work, including people who live outside of Kansas."Getting more and more people vaccinated is the best opportunity we have to control and stop the spread of COVID-19 in our community," said Juliann Van Liew, director of the Unified Government Public Health Department.

Kara Del Toro is cashing in on the NFT craze with a one-of-one art capsule featuring 10 stunning photos. If this is the first you're hearing of the popular new form of cryptocurrency, "NFT" is an acronym for "Non-Fungible Token." While most other cryptos like Bitcoin are mutually interchangeable, an NFT possesses a unique encrypted ID, making it irreplaceable.

WASHINGTON - President Joe Biden will use his first address to a joint session of Congress Wednesday to pressure lawmakers to confront gun violence, underscoring the administration's focus on fulfilling a campaign pledge that had been mostly overshadowed by the coronavirus pandemic.

WASHINGTON - Federal officials executed a search warrant at Rudy Giuliani's Manhattan apartment Wednesday, sources familiar with the matter confirmed, signaling that prosecutors are ramping up their investigation into former President Donald Trump's lawyer. It was unclear what was seized in the search, which The New York Times first reported.

Rogan's remarks to his legion of fans - which have since spread widely on social media - come at a particularly inconvenient moment for White House officials, who are working to persuade the vaccine-hesitant, especially conservative men and younger Americans, to get their shots as the U.S. vaccine supply begins to outpace demand.

New York Post temporarily deletes, then edits false story that claimed Harris' book was given out in migrant 'welcome kits'

The New York Post temporarily deleted, and then edited and republished, a debunked article that falsely claimed that copies of Vice President Kamala Harris' book were being included in "welcome kits" given to migrant children at a shelter in Long Beach, California.

Variety reports that Britney Spears will head to court in June to speak to Los Angeles Superior Court Judge Brenda Penny on her legal conservatorship. As the outlet notes, she's made it clear, amid turmoil in the public over the nature of her legal situation, that she wants father Jamie Spears removed from his role as conservator.

Cydni Stanford has modeled for four seasons and five designers during Kansas City Fashion Week in the past. This year, she's making her debut as a designer. "I've wanted to be a designer since I was like six," she said.

KANSAS CITY, Mo. - Six hundred people from at least 41 different countries are becoming American citizens Wednesday in four separate ceremonies. Nearly 2,400 people have been naturalized as U.S. citizens in the western district of Missouri since March 2020. Many say they still consider the United States to be a land of opportunity.

Umbrellas will be a much-needed tool this evening for anyone wanting to spend a little time outside, that includes a quick dash to your car. Temperatures are expected to fall from the upper 60s at sunset to the lower 60s by the late evening hours aided by the rain that will fall from passing thunderstorms. The storms are not likely to be strong or severe, but a few passing cells could produce brief heavy rain.

Lake Street Dive - "Hypotheticals" is the song of the day and this is the OPEN THREAD for right now.