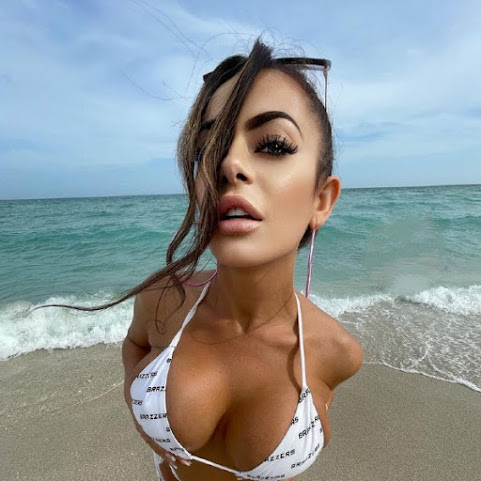 Right now we're inspired by hottie Kiki promo for a notable pr0n brand in an endless sea of online smut as we check pop culture, community news and top headlines.

The subject of the Lifetime film "From Homeless to Harvard: The Liz Murray Story" will be keynote speaker during a virtual fundraising event for In the Name of Grace, a Kansas City, Missouri, nonprofit focused on helping people recover from addition.

OVERLAND PARK, KS (KCTV) -- Most outdoor swimming pools have remained closed for well over a year now. While some will start filling up in the next few days, several will not reopen in 2021. The reason is staffing. There is a shortage of lifeguards to watch the pools, made worse by the pandemic.

by: Juan Cisneros Posted: / Updated: KANSAS CITY, Mo. - Hawaiian Bros is set to open their latest Kansas City location by the end of the month! The location at 8805 State Line Rd., Kansas City, Missouri at the Ward Parkway Center will open doors to the public on April 28.

A member of the Oath Keepers, Jon Ryan Schaffer, has entered the first guilty plea in the historic investigation of the January 6 attack on the U.S. Capitol that has led to charges against more than 400 individuals. The plea deal comes 100 days after the attack on the U.S.

President Joe Biden will sign a declaration on Friday to speed refugee admissions to the US but not raise the refugee cap, as he has committed to doing. Instead, he will sign an emergency determination that will cast a wider net of who can arrive to the US under the refugee ceiling currently in place.

LONDON - The head of the World Health Organization said Friday that an alarming rise in Covid cases has pushed global infections toward their highest level in the pandemic. "Around the world, cases and deaths are continuing to increase at worrying rates," WHO Director-General Tedros Adhanom Ghebreyesus said in a briefing focused on Papua New Guinea and the western Pacific.

HONG KONG - Nine of Hong Kong's leading pro-democracy advocates were sentenced to jail terms Friday for organizing a march during the 2019 protests that triggered a crackdown from Beijing. Those sentenced include the city's so-called "father of democracy" Martin Lee as well as pro-democracy media tycoon Jimmy Lai.

This is an excerpt from Kim, There's People That Are Watching, BuzzFeed News' brand-new newsletter dedicated to the 20th and final season of Keeping Up With the Kardashians.

KANSAS CITY, Mo. - KC Pet Project has launched a new program aimed at helping families keep their pets while dealing with times of crisis. It's called "Home Away from Home," and it gives families the chance to temporarily place their pets in a foster home until they can get back on their feet.

Not ready to be done with Easter festivities two weeks after the big bunny left baskets for kiddos across the area?Not to worry!

Today is a Storm Track 5 Weather Alert Day. We are tracking a 90% chance for scattered showers today. The bulk of our Friday will be really wet and cool with steady temperatures in the upper 40s. The weekend will be drier, but there is expected to be some leftover light showers both Saturday and Sunday with highs in the 50s.

Ingrid Michaelson, ZAYN - To Begin Again is the song of the day and this is the OPEN THREAD for right now.