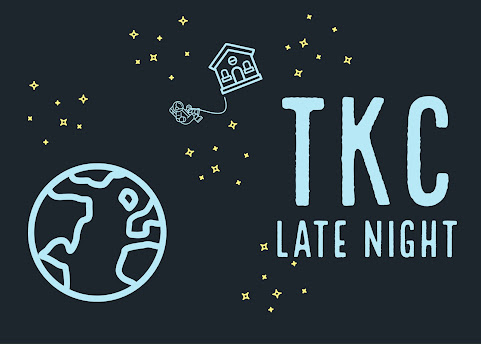 For our most dedicated denizens of the discourse, we share this roundup of the Sunday night news scene that's much more useful and informative than "following" all of your frenemies on social media.

KANSAS CITY, Mo. - Four adults and one dog have been displaced due to a house fire Sunday night in Kansas City, Missouri. Crews responded around 8:43 p.m. to 2706 Quincy Avenue to fight the blaze. It's unknown at this time where the fire originated, but a Kansas City, Missouri, Fire Department spokesperson said that bomb and arson will be investigating.

KANSAS CITY, Kan. - Officers were called to a residence at North 10th Street and Ridge to investigate a disturbance just before 5:00 p.m. When they got to the scene they found an adult female dead inside of an apartment. The suspect left the scene of foot, but was taken into custody a short-time later.

VIDEOS: A look back at the first week of the Kylr Yust trial

CASS COUNTY, MO (KCTV) -- The second week of the double-murder trial of Kylr Yust begins on Monday. Yust is accused of killing both Jessica Runions and Kara Kopetsky. Days before Kopetsky was last seen on video surveillance leaving high school in May 2007, she filed for an order of protection against Yust saying he had strangled her.

Up for some light reading? Theoretical physicists working with Microsoft released a paper on Friday asserting that the universe is essentially a machine-learning computer. The researchers, several affiliated with Microsoft, published a titled "The Autodidactic Universe," It describes our universe as an algorithm that's continuously learning about itself.

A Brooklyn Center police officer fatally shot a man during a traffic stop Sunday afternoon, inflaming already raw tensions between police and community members in the midst of the Derek Chauvin trial.

Rep. Matt Gaetz, whom federal authorities are currently investigating for potential sex trafficking violations, was recently denied a meeting with Donald Trump at his Mar-a-Lago estate as the ex-President and his allies continue to distance themselves from the Florida congressman.

Police in Huntington Beach, Calif. declared an unlawful assembly at a so-called white lives matter protest in the California city on Sunday. Law enforcement declared the unlawful assembly shortly before 3 p.m. "in order to disperse an unruly crowd," the Huntington Beach Police Department confirmed in a statement on Sunday asking residents to vacate the area around the demonstration.

DUBAI, United Arab Emirates (AP) - Iran on Sunday described a blackout at its underground Natanz atomic facility an act of "nuclear terrorism," raising regional tensions as world powers and Tehran continue to negotiate over its tattered nuclear deal. Ali Akbar Salehi, the head of the Atomic Energy Organization of Iran, stopped short of directly blaming anyone for the incident.

The Supreme Court ruled in a 5-4 vote that California cannot impose restrictions on religious gatherings in households, citing the First Amendment's right to religious freedom. The decision, made Friday night, follows other related orders from the high court in the state.

KANSAS CITY, Mo. - Janessa Riehle organized a group of volunteers to pick up trash and items people have left behind under the Interstate 70 bridge at Truman Road and The Paseo -- all in an effort to help their friends who are experiencing homelessness.

Over the offseason, the Kansas City Royals acquired Mike Minor, Carlos Santana, and Andrew Benintendi to fill crucial holes in their pitching staff and lineup.

This is the OPEN THREAD for the late night denizens of the discourse. Thank you for reading this week. Hopefully, we'll have for the morning update . . . STAY TUNED!!!