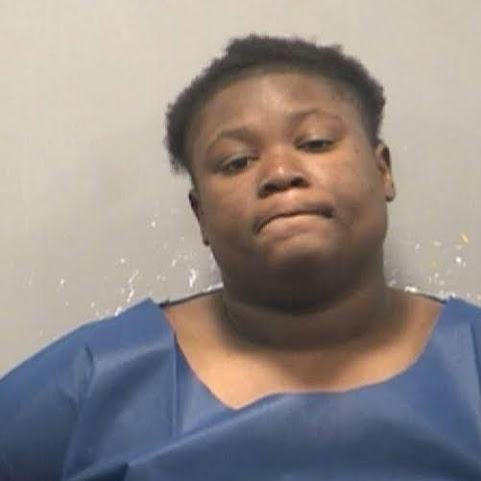 Here's the courthouse postscript on a tragic shooting and a young woman convicted in a deadly cycle of violence that spiraled out of control in a Kansas City Public School parking lot.

According to court records filed today, Kansas City police were dispatched to the 3200 block of Indiana Avenue on a shooting. Officers found a high school basketball game was underway inside. Outside the entrance to the school, they found the 15-year-old victim, An'Janique Wright, suffering from gunshot wounds. She was transported to a hospital, where she died. The Medical Examiner ruled the death a homicide. Police found 9 mm spent shell casings at the scene. Video surveillance showed a lone person firing a gun. The video also showed some of what led to the shooting. A lone individual in dark clothing, including a sweatshirt  with a Tommy Hilfiger logo on it, and black shoes with white soles, was observed exiting the school and getting briefly into a van before the individual began to fire a handgun five times at the victim and her associates. The lone shooter then re-entered the van and left. An off-duty officer observed the face of the driver and recognized her.

According to court records, police used a search warrant to obtain information one of the defendant's phone and located both female suspects at a residence on Topping. Norfleet told police that she was the shooter. She said she had been concerned about the safety of her friends. But the video showed they were 150-feet apart when the shooter began to fire. Norfleet added she wished she had left and she might have overreacted. "I let the fire go," she told police, referring to gunfire.

this is a damn shame and a good argument for gun control. If she wouldn't have had a gun she might have just been in a fight and now locked up for most of her life. The victim would likely still be alive.

No, IF she wasn't incapable of managing her impulses and had some conflict resolution skills... It wasn't the gun, it was her actions on that night that killed yet another. Blame anything you want to get your narrative across.

It’s a miracle somebody call the pope!

If she had been a white cop, then she would have gotten 75 years in prison.

Prosecutors else where can charge and and convict a police officer in less than a year but it takes Baker over two years to try a for sure slam dunk case.

Hm, but with gun control we would have more home invasions.

Let the fire go? She let the waistline go.

The in-depth reporting will take place on the same day meteorologists call for Hell freezing over.

What a charming, vibrant people.

Gun control fixes this? Oh yeah, I'm sure she bought the 9mm at Cabella's and went through a background check. Uh huh.

Should hand out knives at these events

Why are blacks so violent? Especially against their own people. Can any of you libs explain that? No, it's not Trump's fault.


From first post: "this is a damn shame and a good argument for gun control. If she wouldn't have had a gun she might have just been in a fight and now locked up for most of her life. The victim would likely still be alive.

Rather than blame the gun, how about "a good argument for" family and community teaching folks responsibility, civility and rage control?

"The victim would likely still be alive"

I think we have to call a spade a spade in this case.

Good thing she confessed. Jean Petersucker Baker would never have convicted her otherwise.

Where is CNN, ABC, NBC, etc. expressing moral outrage that this black woman shot and killed another black woman?

Where are the loud, public pronouncements from Mayor Lucas, Al Sharpton, Jesse Jackson, Kamala Harris, and Joe Depends Biden expressing their outrage and calls to end black female murder of other black females ?

Why isn't BLM protesting at Central High School or at the shooter's home?

Hypocrisy never ends with the Marxist Democrat politicians and their propaganda Corporate Media.

Why hasn't CNN been running 24 /7 coverage of this tragic murder and the murder trial?

Why aren't Don Lemon, Fredo Coumo, Spanky Anderson and the rest of the CNN crew camped out in Kansas City expressing their moral outrage ? no coverage of the trial ?

Are we even sure this is a woman? We know how the media loves to portray trannies as females and vice versa. Looks like a fat man to me. Look at the facial features, large skull, thick neck and big hulking upper body. It's a man.

She gonna lose weight in prison, they dont feed you extra servings. She gonna be hungry


how many babies did the 15 year old urban scholar victim leave behind?

None. She ate them.

Well shit! Harvard lost another promising student and just when she was getting her life together too!

That assumes the gun was legally owned in the first place.

She fired 5 fucking shots,better to be lucky than good

HER ARM FAT KEPT JIGGLING AND THROWING THE SHOTS OFF

Damn! That's a face even a mother couldn't love!

Looks like Stacy Abrams’ sister. Another fine fat ass black, representing the race in fine form. She blame the gun? Whitey? Couldn’t be her fault she’s a fucking disaster.