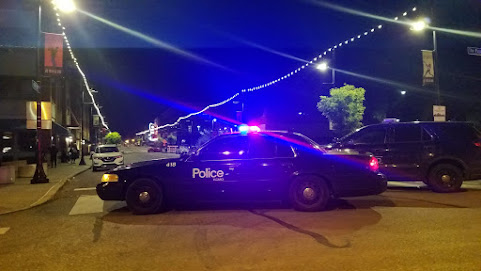 Right now police are investigating the latest deadly spate of gunfire in the urban core.

We'll update when we know for sure but the number that we're coming up with so far indicates that KCMO is ALMOST halfway toward the century mark given that the newsie shot on Friday and tragically passed Sunday is likely #48.

Special thanks to KICK-ASS TKC TIPSTERS who drove by the location and sent us a couple of shots.

From what we can tell right now the murder investigation is taking up at least 3 blocks and social media chatter reports at least 20 cop cars on the scene.

KCMO broke an all-time homicide record in 2020 and the pace had only reached around 46 at this time last year.

Local reporters are gathered near 19th & Paseo for the official word.

Context for this entire hot mess, let's not forget that Kansas City taxpayers have invested nearly 100-MILLION worth of tax subsidy for this entertainment district and more since the 90s and so far there's still not a viable profit model other than doubling down with more taxpayer cash.

A tweet regret from Mayor Q: "Disappointed and angered to hear of more Kansas Citians struck by gunfire tonight. This evening it's in my neighborhood, but too many have been impacted just this weekend, this year, and in recent years. Praying for the victims, continuing to work to see an end to this epidemic." 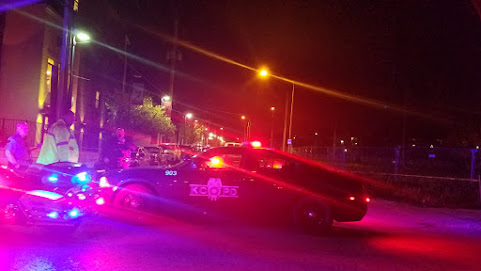 Shortly after 10pm, officers were called to 18th and Vine on a report of sounds of gunshots which was upgraded to a shooting call for service.  Upon arrival, officers located multiple victims at 19th and Vine.  One of the victims, an adult black male, was suffering from apparent gunshot wounds.  Officers began performing life saving measures on the victim until EMS arrived and transported the victim to the hospital where he was pronounced deceased.

Three additional adult victims who were also suffering from gunshot wounds were transported to area hospitals.  Their injuries are believed to be non life threatening.

Preliminary information at the scene is there was a fight or argument inside one of establishments.  Shortly after the argument, there were multiple shots fired outside the business.

Detectives and Crime Scene Personnel have responded to the scene.  They will be processing the scene for evidence and canvassing for any potential witnesses.

If you were in the area and have information, detectives are asking you to call the Homicide Unit at 816-234-5043.  Or if you would like to remain anonymous, you can do so by calling the Tips Hotline at 816-474-TIPS.  There is a reward of up to $25,000 for information leading to an arrest in this case.