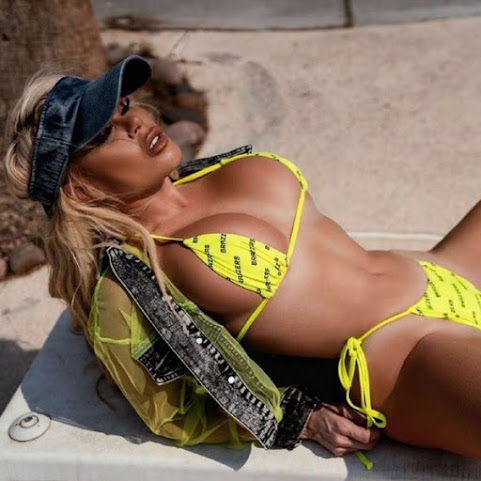 Right now we take a peek at online merch as the pr0n game continues to garner mainstream views and we check pop culture, community news and top headlines.

Southwest Airlines to add, resume service to 9 US cities from KCI

Southwest Airlines announced Friday that it will add or resume service to nine U.S. cities from Kansas City International Airport as part of a major systemwide expansion. Some cities are entirely new routes, while some are pandemic-related service restorations.The announcement comes as passenger numbers are on the increase as more and more Americans become vaccinated.

Ashley Hill said she never could have imagined a note she found in her mailbox several months ago would lead to the nightmare she says her family is living now. "It just breaks my heart to watch my kids," Hill said. "They have been praying and making cards for him."

The Biden administration will restrict travel from India starting on Tuesday on the advice of the US Centers for Disease Control and Prevention, a White House official told CNN.

Liberal media outlets almost completely ignored the "Uncle Tim" slurs that trended on social media against Sen. Tim Scott, R-S.C., after his rebuttal Wednesday to President Biden's address to Congress. Scott, the lone Black Republican in the U.S. Senate, infuriated progressives with his speech, which included remarks that the United States isn't a racist country.

WASHINGTON - President Joe Biden blamed the Trump administration for ongoing problems at the U.S.-Mexico border, citing its failure to cooperate and share critical information during the presidential transition period. In an exclusive interview that aired Friday with "TODAY" show co-anchor Craig Melvin, Biden said his administration inherited "one god-awful mess at the border" from former President Donald Trump.


US Troop Vaxx Mandate Ahead

The comments from the commander in chief come as the Pentagon has sounded the alarm about service members refusing the vaccine in large numbers, with roughly one-third of troops declining to take the shot as of February, according to congressional testimony from military officials.

"Saturday Night Live" cast members won't be forced to appear alongside controversial billionaire Elon Musk when he hosts the show, Page Six is told. "Speaking historically, if a cast member has been that unhappy, they don't have to do it," a source told us.

by: Juan Cisneros Posted: / Updated: OLATHE, Kan. - The Johnson County Department of Health and Environment said the county has surpassed the 100,000 COVID-19 vaccine dose threshold at county vaccination clinics. JCDHE data shows 45% of eligible Johnson County residents have received at least one dose of a COVID-19 vaccine and 32% percent have been fully immunized.

"It's more than coffee," said Dan Smith, who co-founded the brand, Black Drip Coffee, as well as the Porter House KC. "We always talk about breaking down barriers and creating opportunities through The Porter House. We drink coffee all the time, so why not have our own bean?

Happy Friday everyone. What a great way to finish off a work week and the evening looks just as nice as our day has been. Clears skies are expected through the evening and overnight hours joined by a light but steady southerly breeze reaching no higher than 8 to 10 MPH through daybreak.