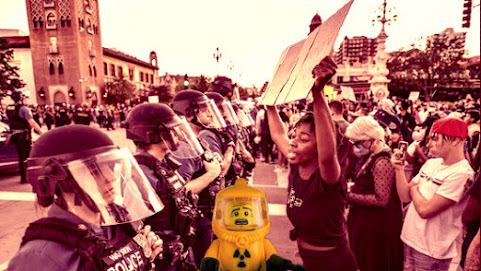 The "discussion" over policing hasn't been very productive and despite demands for "difficult conversations" Americans are mostly on the receiving end of an endless barrage of talking points.

Nevertheless, there are a few perspectives worthy of consideration as we move toward another anti-climax in the culture war.

A couple of national headlines stand out as of late . . .

Police across U.S. respond to Derek Chauvin trial: 'Our American way of policing is on trial'

Even better, one of the best local talkers weighs in and articulates a conservative counterpoint with far more precision and detail than your drunk uncle.