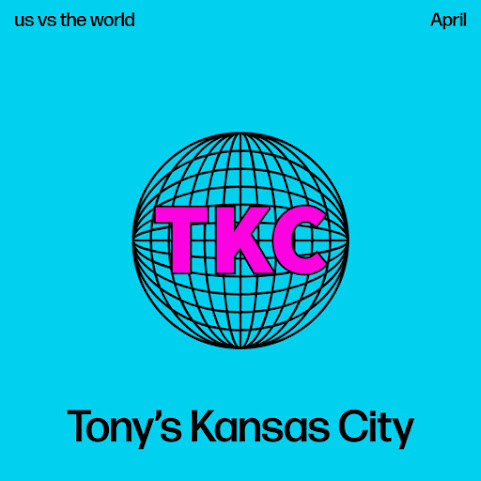 For our KICK-ASS TKC READER early birds . . . We share a quick peek at pop culture, community news and top headlines.

KANSAS CITY, Mo. - As warmer weather hits the Kansas City metro, business owners hope it plants seeds for more sales, as they rebound from the winter months and the COVID-19 pandemic. "When it's bad weather out there, people are in and out, not much time to look around," Cheryl Poe, of Brookside jewelry store EB and Co., said.

Someone is apparently intentionally leaving nails in the street of a Lee's Summit neighborhood. It's got the attention of police."Two handfuls full of screws and nails," said Jason Duewel, who said he had three tires punctured on his car.

KANSAS CITY, Mo. - When news broke that the MLB All-Star game would be relocated from Georgia, fans from all over the country took to social media sending their pitches as to why the game should happen in their city. Negro Leagues Baseball Museum President Bob Kendrick told FOX4 why he thought Kansas City is more than worthy.

Forget comfy airplane clothing, FLOTUS chose fishnet for her jet-set style moment. First Lady Jill Biden was spotted stepping off a plane at Andrews Air Force Base in Maryland on Thursday wearing fishnet-style tights that have since sparked a fashion debate.

Nothing comes between The Donald and his Coke - not even a self-proclaimed boycott, apparently. The former president was spotted Monday with what appeared to be a bottle of Coca-Cola on his desk - even though he recently urged his supporters to stop sipping the sugary soft drink for political reasons.

Vladimir Putin has signed a law that will allow him to run for the presidency twice more in his lifetime, potentially keeping him in office until 2036. The Russian president signed the legislation on Monday, ending a year-long process to "reset" his presidential terms by rewriting the constitution through a referendum-like process that his critics have called a crude power grab.

Coors Field in Denver is expected to host this year's All-Star Game, sources told ESPN's Buster Olney on Monday. MLB opted to move the game out of Atlanta due to voting laws passed in Georgia last month. It will mark the second time the homer-friendly home of the Colorado Rockies will host the Midsummer Classic.

Ruling By Senate Parliamentarian Opens Up Potential Pathway For Democrats

A new decision from the U.S. Senate's nonpartisan parliamentarian means Democrats could advance more of President Biden's agenda without the support of Republicans.

The man Rep. Matt Gaetz has accused of trying to extort millions from his family-and blamed for recent allegations of sexual improprieties-admitted in a bizarre interview Monday to asking the Florida Republican's dad to finance an international plot to "rescue" an American citizen widely believed to be dead in Iran.

President Joe Biden said Monday that he is not worried that a plan to increase corporate America's tax bill would dampen the U.S. economy as it emerges from the Covid-19 pandemic. Asked whether he is concerned that the White House plan to raise the corporate rate to 28% could harm an already-fragile recovery, Biden replied "not at all."

A "miracle": Hunter Biden says a blind date with his future wife rescued him from crack addiction

"Most people who've gone through what I've gone through are either dead or in jail," Hunter Biden told "CBS This Morning" co-host Anthony Mason. In Biden's new memoir, "Beautiful Things," he addresses his lifelong battle with addiction, and his family's efforts to save him from himself.

When it comes to the Iran nuclear deal, what's a moderate Democrat to do?

President Joe Biden Joe Biden Biden should look to 'Ostpolitik' to negotiate with autocrats The Hill's Morning Report - Biden's infrastructure plan triggers definition debate The Memo: Biden's bet on taxes MORE has put Democrats who opposed, or at least have concerns about, the Joint Comprehensive Plan of Action , or JCPOA, in a bind: he appears to share some of their concerns but wants to rejoin the deal anyway.

A double mutant coronavirus variant first discovered in India has been found in the USA. The mutant variant was found in a testing sample in a lab in San Francisco, California. Medics have now said America is in a race against time to vaccinate people despite already jabbing over 106.2 million citizens.

Lena Dunham can now add "fashion designer" to her resume. The 34-year-old actress, writer, director and producer has teamed up with size-inclusive designer shopping site 11 Honoré to create a collection of five pieces, priced from $98 to $298 and available in sizes 12 to 26 starting Tuesday, April 6.

Justice Clarence Thomas suggested on Monday that Congress should consider whether laws should be updated to better regulate social media platforms that, he said, have come to have "unbridled control" over "unprecedented" amounts of speech.

Kansas has hired Northwestern administrator Travis Goff as its new athletic director, the school announced Monday. Goff, a Sunflower State native who graduated from KU, called it a thrill to return to Lawrence, Kansas, in what he labeled "one of the most humbling responsibilities and opportunities in college athletics."

WWI Memorial Courtyard closes to the public for 2 months

by: Travis Meier Posted: / Updated: KANSAS CITY, Mo. - The Memorial Courtyard at the top of the hill at the National World War I Museum is now closed to the public for two months. Download the FOX4KC news apps: iPhone and Android The National WWI Museum and Memorial posted about the closure on Facebook.

Five Things You Don't Know About Me: Singer Casi Joy - In Kansas City

Long before she was a contestant on The Voice, Kansas City native Casi Joy began her music career touring the Midwest in the country opry circuit. After years of performing country classics, she was spotted and signed by Radio Disney at the age of 14. Fast-forward a few years and the seasoned performer-who has an...

Tricia Rojo Bushnell thought she'd go into immigration law. She's Mexican-American, born in California, and the first in her family to attend college. Working for migrant justice resonated with her-until her last semester of college, when she found herself working the case of Emanuel Gissendanner, an Alabama man wrongfully convicted and on death row.

Hide Transcript Show Transcript WIND WILL CONTINUE ON INTO THE EVENING TWENTY MILES AN HOUR AT 6 PM ABOUT 15 MILES AN HOUR AFTER THAT 77 OR 6 PM TEMPERATURE, SO MAYBE DINNER OUTSIDE BUT AGAIN ANCHOR DOWN THOSE NAPKINS.

Major Lazer - Titans is the song of the day and this is the OPEN THREAD for right now.