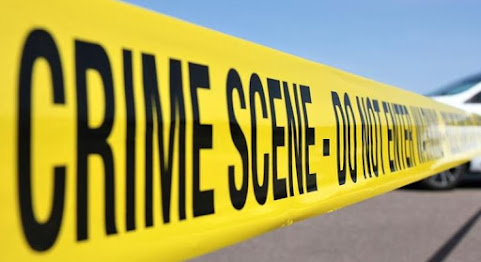 Right now we share some of the top local crime news we’re watching that suggests that local crime also blossoms & blooms amid Springtime. After the jump we’ve sharing a dozen items regarding alleged metro misdeeds, mugshots, police action and maybe just a bit of hope for justice.

KANSAS CITY, Mo. - Business break-ins have been on the rise since the pandemic started, according to police. One shop in Westport continues to feel the blow. The owner said criminals aren't getting anything valuable, but they're costing him tons in damage. Sacred Leaf is picking up the pieces after another break-in.

KANSAS CITY, Mo. - Overland Park authorities are searching for a vehicle in connection to a suspicious fire that happened Tuesday evening. The fire was reported around 7:05 p.m. Tuesday at an apartment complex in the 11700 block of Melrose Street.

Police say suspect who struck woman with vehicle outside Kansas City, Kansas middle school has turned herself in

KANSAS CITY, Kan. - The Kansas City, Kansas Police Department is reporting that the female suspect that allegedly struck another woman with her vehicle Tuesday afternoon outside a local middle school has turned herself in to police. Officers responded to the incident just after 3 p.m.


EPIC Bust On The Outskirts

KANSAS CITY, MO (KCTV) - Today, a California man was charged in federal court with transporting more than four kilograms (8.8 pounds) of fentanyl from LA to Philadelphia aboard a bus that stopped at a KCMO bus station. Miguel Angel Duran, 28, was charged with one count of possessing fentanyl with the intent to distribute.


KCMO Cycle Of Violence Spiraling Out Of Control

Gun violence increases in Kansas City in April, with 42 people injured and 9 killed

Gun violence has increased this month in Kansas City, with the number of shootings surpassing those of previous months this year and April of 2020. Fifty-one people have been shot this month in the city, according to numbers provided by the Kansas City Police Department and data tracked by The Star.

What happened in Room 319? Family questions cause of death of young mother

Libby Caswell was 21 years-old when she died. Her death would light a fire under her mother, Cindy Caswell, and a team of experts to shine a light on what they think really happened. "There's not a picture I have where she's not smiling big and laughing," Caswell said.

Throughout the month of April, KMBC 9's Cody Holyoke will profile graduates and members of the 'Second Chance' program--an effort to help formerly incarcerated people return to our community.The Second Chance Risk Reduction Center is a program run by the Kansas City Metropolitan Crime Commission, a local nonprofit group.A team of people works to help former offenders break the cycle of crime and get back on their feet.

Family of victim in unsolved homicide ask public for answers

KANSAS CITY, Mo. - The family of KaShawn Haskell is asking the public to provide answers to the unsolved homicide one year after the woman's death. The 24-year-old was shot and killed in the 8200 Block of Troost Avenue on April 29, 2020.


Safe On The Outskirts?!?

Kansas City metro has 10 of 20 safest cities in Kansas

FAIRWAY, KS (KCTV) -- According to a release from SafeWise, the Kansas City metro has half of the 20 safest cities in the Sunflower state. Basehor is at No. 2 and Mission Hills sits at No. 5. According to Safewise, the two cities reported just one violent crime each last year.

Anonymous said…
Attention peasants! All is well! We libtards told you that you don’t need the police so suck it up bitches! Hahahahaha!
4/29/21, 7:14 PM

Bri said…
KCMO has turned into a third world shithole. Thanks, Quinton Lucas. Can't wait to see the derelicts destroy your tiny house village while the rest of the city is destroyed by looters, vandals and murderers. BLM will make it all better for you.
4/29/21, 7:22 PM

Anonymous said…
Attention peasants! I the house drinker Nancy peeloosie have better plans for your tax dollars than to spend it on those mean ole cops, we need to go green right now because I have invested millions of dollars of my money (thank you taxpayers) in green technology and I will not lose any money over the hundreds of murders, rapes, robberies, vehicle theft, bank robberies, home invasions and such that occur daily.

You don’t need personal possessions so give all your stuff to the crooks, hell, make them dinner while they take your stuff and be happy I will allow you to keep your memories!

Anonymous said…
7:22 something is fishy in Denmark said.....

When the boy blunder will spend every dime that needs to go to repairing infrastructure like roads, bridges, sewer and water to help 500 people that don’t want it but completely ignore the 450,000 people that pay for everything it makes you wonder who is making big bank off of this project. This suddenly went to the top of the list over everything else, I wonder why?

I guarantee lickass and his friends are getting a piece of the pie and we get fucked again. It never fails with this retard.
4/29/21, 7:33 PM

Well what's new? You have a racist mayor that promotes all of this and the one before him did the same thing. How does this surprise anyone Lucas has pushed his racist agenda down our throats and has more than said loud and clear whitey is bad and to get out of his city. Sad when people like Lucas divide and cause trouble instead of being a leader and working together with everyone. It will only get worse.
4/29/21, 7:58 PM

Anonymous said…
The criminal thugs now that they won't be prosecuted in Jackson County.
4/29/21, 8:07 PM

Unknown said…
KCPD is weak on property crime. Millennial hipsters don't like guns, so robbing West Port, Midtown makes total sense. Of course, if KCPD did actually catch the crooks then Jackson County Prosecutors would let them off with a misdemeanor. No respect for property in KCMO.
4/29/21, 8:16 PM