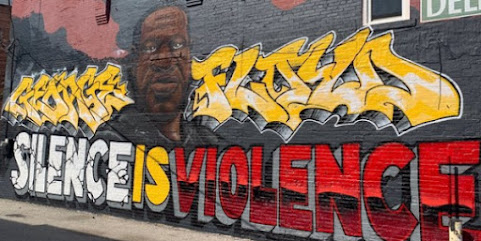 Lets start with a point of reference and an upcoming Kansas City exhibit . . .

"A groundbreaking exhibition brings together more than 700 original objects and 400 photographs from over 20 institutions and museums around the world. Auschwitz. Not long ago. Not far away. is the most comprehensive exhibition dedicated to the history of Auschwitz and its role in the Holocaust ever presented in North America, and an unparalleled opportunity to confront the singular face of human evil—one that arose not long ago and not far away."

We mention this historical frame of reference, testimony and tribute in order to compare it to a questionable KCMO legislative effort under consideration.

The newspaper coverage of this initiative was laughable to so it's important to engage in a more realistic conversation. 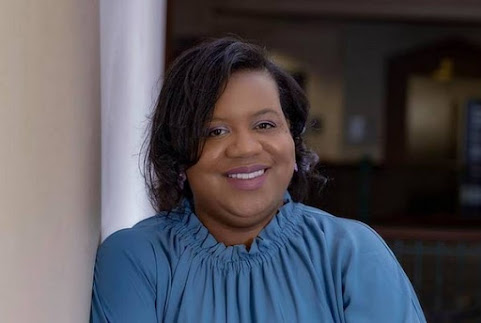 The resolution penned by Council lady Robinson isn't just sloppy and shortsighted . . . It speaks to a troubling motive that seemingly wants to control the thoughts, perspectives and viewpoints of law enforcement.  If the legislation wasn't so silly, it would be scary.

There's a chance this is just yet another council ploy for attention but the resolution deserves a look if only offer a glimpse at why council control of KCPD would ultimately lead to the destruction of KCMO.

Calling on the Board of Police Commissioners to immediately cease using images or videos depicting the murder of George Floyd and any fatality and further requesting that the Board and the Kansas City Police Department remove the same from any materials in its possession, utilized for training purposes or otherwise, in accordance with applicable law.

WHEREAS, videos showing the death of George Floyd and other fatalities have an enormous emotional impact on the way society see police actions; and

WHEREAS, in recognition of the trauma caused to the nation by the murder of George Floyd and the trauma to his family which is exacerbated by the video; and

WHEREAS, the Council recognizes the negative impact that these videos may have on African American officers and other minorities who are employed by the Kansas City Police Department; and

WHEREAS, the potential desensitization that these videos may cause is of great concern to the Council; and

WHEREAS, to reduce the potential that our police officers would identify themselves with the officers involved instead of the victims; and

WHEREAS, the use of such videos by the Kansas City Police Department exacerbates the perceptions by citizens of a disconnect between the Police Department and conditions some citizens encounter in every day interactions with police; NOW, THEREFORE,

That the City Council calls on the Board of Police Commissioners to immediately cease using images or video depicting the murder of George Floyd and other fatalities and further requesting that the Board and the Kansas City Police Department remove the same from any materials in its possession, utilized for training purposes or otherwise, in accordance with applicable law.

those who don't know history are doomed to repeat it.

It seems that not showing such footage to police officers would be more dangerous. If people are concerned about the behavior of police officers, this footage shows a perfect example of what NOT to do. And a lesson that if you take actions such as this one, you will go to prison, perhaps for the rest of your life. Actions have consequences, and we need to make clear to everyone (criminals, teenagers, gangbangers, shoplifters, police officers, and everybody else) what those consequences look like. It is really sad that the one group of people who seem to have no consequences are our politicans.

"Sooner or later, everyone sits down to a banquet of consequences." That saying is attributed to Robert Louis Stevenson. The banquet is mandatory. The menu is your choice.

And if the PD didn't use the video, all the "activists" would be demanding that the PD use the video in their training.

6:37 is correct. Videos of Ms. Robinson goin through the buffet line at Golden Corral like Grant through Richmond are far more dangerous than a video of a cop's knee on a drug addict's shoulder as he resists arrest.

The last time I saw Melissa, she asked me how to get from Prairie Village to 435 and I told he to start with a salad.

If you think people like Robinson wants to suppress this video of the kind of behavior that caused police to react they way they did, just wait for the videos from police body cameras to start to appear on social media and the news.
The feigned "outrage" of unfairly allowing the public to see the behaviors that regularly go on will be overwhelming.
And "activists" like Robinson, Grant, Shaw, and Horn will be in the front of the mob.
Just like ALL the focus on police actions around the country INSTEAD of the black-on-black carnage that goes on every day right in the neighborhood.


If people think the police should sit back and take the violence thrown at them they should think again. Instead of standing around on the streets all day long selling drugs and looking for trouble why not join society and stop the violence against the police and others.

This resolution should fail for its lack of clarity and substance. I think I understand what the Council member is saying here but the meaning of official resolutions should not require any sort of interpretation or inference.

Fat and stupid is no way to go through live.....

WHEREAS, the voters decree that Council lady Robinson is a waste of space and should be removed immediately.

Robinson has her head so far up her ass she can tongue her tonsils.

What a complete fool, and political manipulator. Let's use the footage to raise tons of cash for BLM leadership to play with, but not to really help get rid of bad cops that do stuff like this?

Could it be they don't want it to stop to keep the gravytrain on the tracks?

HYPOCRISY at it's best. Too bad people may be too stupid to see it and call BS.

The Council Woman is a hateful heifer and a detriment to her District.

Does she not exercise or just run her mouth with stupid racist bullshit all day ?

Lay off the potato chips and tater tots Ms. Robinson and you will have a better outlook on life.

Why isn't there ethical standards in the first place. Jefferson City is supposed to have oversight on KCPD since it was set up by Tom Pendagast.

Democrat Party has definitely done an outstanding job of recruiting every fat, ugly woman in America.

Joy Behar, Michelle Obama, Oprah, Jan Psaki; the list goes on and on.

Every BLM and ANTIFA protest has the fattest, ugliest women on this planet.

No wonder they are so unhappy.

Screw St Floyd he died of a drug overdose.

That warm blast of air from the East Side is from whenever Melissa Robinson farts after a lunch at Taco Bell.

I will have 20 soft tacos, ten bean burritos, nachos and a Diet Coke.


So typical, these "woke" so called leaders want to hold the police accountable but when the cops do something proactive to teach their recruits what not to do......well, now that's wrong.

It has NOTHING to do with the Floyd video. She's trying to set a prescedent related to ALL videoes involving suspects. Why, you ask?... Well, the KCPD just announced 100% body cams this week, and similar to the Ohio shooting this week, just doesn't want the PD to be able to release videos that will contridict her narrative.

Meliesalot Robango doesn’t want proof that her people are the problem, she’s trying to keep it out of sight of the public, she clearly doesn’t want the videos of how bad they behave on a daily basis. She also knows that 99% of these videos will be out of control violent and murderous blacks.

It’s a damn shame that any police dept has to have a complete and ever evolving catalogue of training videos on how to deal with black people. They just can’t behave like normal people. They can’t, they are too mentally challenged to deal with on a normal basis.

Locking up the criminal blacks = a drastic drop in overall crime

The best part of waking up is homies in the morgue!

It's even better when their own actively pursue policies that keep them streaming into it.

I find it interesting (kind of) that the "woke" folks, SJW's, and other rabid radicals have no problem with the footage of George Floyd's encounter with the police being shown incessantly day after day in any number of overplayed stories. Yet if a police agency shows the same footage as a training tool in the hopes this type of incident will not occur again, they lose their collective minds. Isn't this what they want? For law enforcement to learn from someone else's bad judgement? This carnival ride will never end.