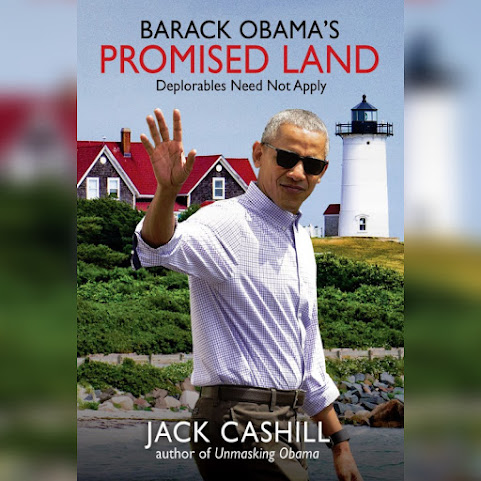 This right-wing clap back is fair play given that the former Prez penned an egomaniacal 706 page tome that would take a quick reader more than 15 hours to consume.

And given that fair criticism is part part of the discourse . . . Here's the pitch from Jack Cashill, Kansas City's most celebrated conservative author:

"This is the definitive book on Obama's life and presidency. It is the first book to incorporate what Obama has to say about himself in his new memoir—and what Michelle has to say in hers—into the existing body of knowledge on Obama's chimerical life. Spoiler alert: nothing adds up. Pre-order now."

"Black Americans hoped Barack Obama would lead them to the “Promised Land,” and white Americans hoped he would reconcile the races, but by failing to understand his country or himself, Obama pulled the nation apart."