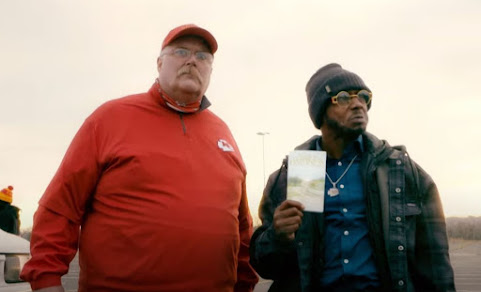 Actually, this is a quick post about the "behind the scenes" of blogging life.

Long, long ago Tony Ortega journeyed through Kansas City on his way to reach the height American alternative journalism.

Mr. Ortrega ran The Pitch for a couple of years and was actually one one of the best managing editors in the history of the publication.

His success took him to lesser gigs across the nation but eventually he earned "the brass ring" and snagged a job running New York City's illustrious Village Voice.

The journalistic career ascendance of Tony Ortega coincided with the height of the Internets era and the paper and its parent company were bleeding money. Eventually, the Voice would stop publication in 2017.

During Mr. Ortega's tenure, colleagues were puzzled that he filed one story after the next about Scientology and the alleged misdeeds of the religion started by a Sci-Fi writer.

Mr. Ortega turned that obsession/vocation into a blog and has become one of the more successful and nationally recognized critics of Scientology.

Fun fact . . . People once mistakenly thought that TKC was Tony Ortega's side hustle.

On this wayback Wednesday we're happy to read the Mr. Ortega is doing well and his writing journey returns his attention to KC in order to call out a WEIRD cameo.

"@TonyOrtega94: The Kansas City @Chiefs tell me that this is "Almost Andy Reid," a man named Matt Black, and not the coach himself. He appears in a hip hop video promoting #Scientology propaganda and it's made by Scientology's production unit, SMP."

Mr. Ortega sent word to his local alma mater publication and they dutifully followed up . . .

(Hipsters) reached out to Mr. Black for comment and it seems clear he had no idea what his footage was being used for, nor what the video was advocating. "I have no real clue about that, but I remember being at Arrowhead and asked to take some pictures. If it was Scientology, I definitely was not informed."

Some dude who kinda looks like Andy Reid earned yet another nice publicity bump for a promotional rap music video cameo that probably won't test the faith of true believers who ascribe to whatever belief system/superstition that we dutifully respect.