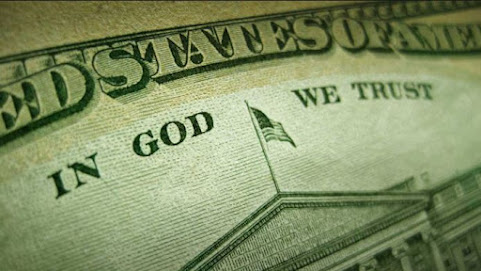 This town's homeless crisis has been averted for a few months by way of long suffering American fiat currency that's seemingly worth less every day amid the ongoing threat of inflation.

The city will pay for hotel rooms with funds it received from the federal government.

The mayor introduced two other ordinances Thursday to help the homeless. One asks for a comprehensive study of what prevents them from getting jobs. The second asks the land back to refurbish 112 properties for people who make less than 30% of the median income.

Again, we don't notice any compensation to local small biz that suffered an even worse decline in biz thanks to this prolonged demonstration.

WHAT HAPPENS WHEN A FEW MONTHS OF FREE HOTEL ROOMS DON'T SOLVE THE KANSAS CITY HOMELESS CRISIS AND THE VIOLENT PROTEST CAMPS RETURN?!?

At some point, even free money printed at a whim will eventually run out.

By compromising with activists breaking local rules and conducting protests that often turn violent, the mayor has set a dangerous precedent and only invites more organizers to follow this path in order to achieve controversial goals without voter consent.

KMBC: Kansas City OKs funding for homeless to stay in hotels for up to 90 days

don't be such a worry wart. When the time comes, we'll just print more money!

Fire up the presses.

Perhaps Merle Oberon, rising from his grave, will step in to help with golden backpacks and oatmeal for all

Merle Oberon was a woman. Perhaps you were thinking of Arlene Francis.

WHAT HAPPENS WHEN A FEW MONTHS OF FREE HOTEL ROOMS DON'T SOLVE THE KANSAS CITY HOMELESS CRISIS AND THE VIOLENT PROTEST CAMPS RETURN?!?

The mayor will get on his knees again.

I think what I said was "People will come here and make stupid, worthless comments about Democrats and black people without offering any concrete solutions of their own."

KC businesses need to get smart and work together to start a recall effort against Mayor Dumbfuck. KC may not boast the highest average IQs, but surely the majority of working tax payers have had enough of this loser? I honestly don’t see how anyone can stand to look at or listen to this ugly pos.

And yet you keep coming back late at night. Sad that nobody cares about your woke civil right crusade on a shite blog, odds are Black people find your pandering totally useles. You pathetic neo-liberal bum. Weird.

She was another poc who passed for white.

If they don’t leave in 90 days, will the sheriffs office evict them? I’m sorry my great city leaders but you have made the situation worse. Who will pay for the damage? Will the citizens be allowed to see the damage? Will the black pansies be the security? Or is all of this just to get them out of sight and keep them away from first Fridays and the power and light area?

Will they defecate in the toilet or on the carpet?

Can we just get the boxcar, gas chamber and oven trick working already ?

Your politics are stupid said...

Old idea, talk to Planned Parenthood. They have a much more efficient model.

I was once a big shot at Sprint said...

So are they going to the convention hotel or not? I want to know before I book my honeymoon there. Won't use the coffee machine if they took a dump in it. I have some standards after all.

It's like a real life Nomadland right here in our little town!

No surprises here.
And, of course, the homeless have NOTHING at all to do with Covid19, so this amounts to nothing more than the FIRST of an endless line of people coming up with ways to spend the federal slush fund millions.
A study of why the homeless can't find jobs?
You've got to be kidding!
Maybe KCMO government should hire them to work in the mayor's and city manager's offices.
And while all this attention is being paid to the "homeless union" and millions are being spent on re-creating programs that already exist and without any idea of how this might all work out long-term, the needs of just regular hard-working KCMO residents continue to be ignored.
What passes for city government is being turned into a social services agency.
Maybe we can get the City Union Mission folks to fix the streets.
Sad.

pot and beer to substitute for what's lacking in our culture. things like compassion for fellow humans.

There is stupid . . . and then there is completely retarded. Lucas has to climb about 5,000 rungs on the ladder just to reach the retarded level.

This is doomed for failure . . . the hotels will be full of drugs, bad booze, drugged out boozers, halls full of feces, destroyed rooms, etc. Probably a number of stabbings, and perhaps a couple of murders, will occur.

None of this will be reported . . . but local media will praise Mayor Q-anon for his compassion.

And it will all be paid for by your tax increase.

Well, not me. I don't live here, but you folks are lucky.

Are you four years old? Jesus . . . what a goddamned idiot

And you sucker thought it was going to go for necessary city services. FOOLS!

I'm sure they will use these 90 days productively to find steady jobs and housing rather than cable all day.

^^Why should they? You never do anything productive CHUD?

HA HA Hyperglobal just got knocked the fuck out!!!!!!!!

Mayor Q and Basement Biden want to give the homeless an official money printing machine from the U.S. Bureau of Engraving and Printing so they can create their own funds as needed and not have to worry about working or needing anything ever again.

^^Aww too bad CHUD. Elections have consequences. You lost. Get over it. Fuck your feelings!

This explains why mayor mcdumbo and wrecks archer cancelled all the conventions and car shows, filling Bartle hall with illegals and now the hotels with hobo’s, a chopilds idea and plan.

Will he ever grow up? President kameltoe is laughing all kc because so far mckneely will do anything for attention and a chance for selfies with important people.

That press conference where our tiny mayor is standing there talking to his buddy, Kadafi, head hobo spokesman and all the bums straining to look dignified in front of the cameras though. LMAO What a complete clown show!!!!

Agreed . . . that press conference was reminiscent of a carnival freak show.

I agree, Tony. I have to earn 200% to keep up with the politicians selling us out. As is, I may be joining the Westport tent crew when I lose the house.

Show us how Dr. Chimpy! Looking for those hot takes that result in your skull being crushed! Lolol

Can we order room service?

Does Mayor Q get the frequent stayer points?

Can you at least try to shill better? Your vocabulary is so limited. Just like what is between your legs.

How much does the DNC pay you to shill here?

7:20: And yet 7:17 has some good points. I'd ask you to think about them, but I won't expect too much from one of the mentally challenged.

Please let me know which hotels they are staying at so I never stay there in the future.

The score so far is: Homeless Bums 2, Our Mayor 0.

Yes because negotiating with mentally ill drug addicts always ends well and sending them to a hotel for 90 days on the taxpayers dime will really solve the problem. lol.

Karma for KC residents who voted for this idiot Mayor. I truly believe they voted for him because they hate women and are prejudiced against lesbians. Jolie, who was much more qualified, would not have tolerated this crap. Well you get what you voted for. A complete moron. No sympathy here.

Where is Patrick Mahomie and why doesn't he do something about the homeless in KC? Why doesn't he fork over money instead of our tax dollars? After all he lectured us about how he cares about the people of KC. Time to step up Mahomie. BTW you didn't look too hot in the Superbowl this year.

^^Why should he fucktard? You don't do anything except count his money. Start with YOU first! Oh that's right...you're a pants-shitting goon who does nothing but gossip about others and cry like a bitch on a blog instead of living a productive life. Silly geriatric fucktard.

"Karma for KC residents who voted for this idiot Mayor. I truly believe they voted for him because they hate women and are prejudiced against lesbians. Jolie, who was much more qualified, would not have tolerated this crap. Well you get what you voted for. A complete moron. No sympathy here."

And yet we don't hate women or lesbians. We'd simply experienced enough of Jolie's "I know better what you want than you do" and voted for her opponent. And I think he's doing a better job than Jolie would have done.

No, you have them all locked up. Have you always been this stupid or is a result of your education?