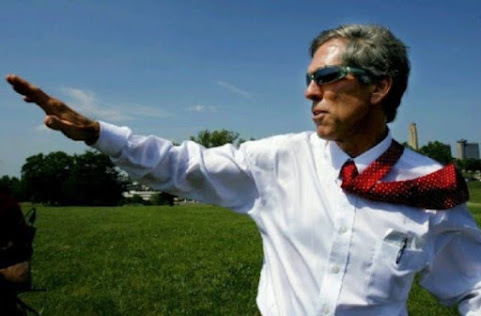 Today this town's most prolific local petitioner and the only person to ever win a citywide fixed rail election shares an update on his legal battle with 12th & Oak.

The latest and a highlight that really gets to the heart of the matter . . .

US District Judge Roseann E. Ketchmark refused to throw out the Committee of Petitioners' (Pro se) lawsuit against the City. Instead, Judge Ketchmark ordered a pre-trial conference (March 15) and issued a proposed scheduling order for trial. (Case # 4:20-cv-694 RK).

This case is colossal in that it seeks to make an arrogant government place on the ballot a petition to modernize KC's transportation infrastructure. It also points out the hypocrisy of a Mayor, Council and newspaper who support Black Lives Matter but not this petition even though:

Why does the establishment oppose this petition? It's Clay Chastain's plan and not theirs.

Clay Chastain's persona matters more to Mayor Quinton Lucas, the City Council and the KC Star than the lives of African Americans living in Kansas City who would benefit from improved transit, better access to jobs and the creation of new jobs and economic investment on the east side.

We the People are more important than We the Government. It may be, Judge Ketchmark understands that.


Good for Clay. Keep it going Clay. Expose Lucas for what he is, a racist hater and, crooked dangerous piece of crap.

He doesn't live here so who cares what he thinks about anything in KC. Same for stupor dave, chuck and Bandit.

George Soros and Hugo Chavez would get more votes than Jim Rowland!

wonder how much that cost

Good for Clay. Keep fighting the god fight! The council in KC does not represent the taxpayers whatsoever and everyone knows this. Northland residents are not represented at all.

Good for the judge for actually hearing this and moving it forward.

Keep fighting for the KC voters Clay!!!! You are the only politician who actually cares!!!!!

What is this two bit bloggers obsession with this never been guy? Before the blog turned into a racist cesspool, i know it’s been almost a decade ago, you posted a lot about the guy.