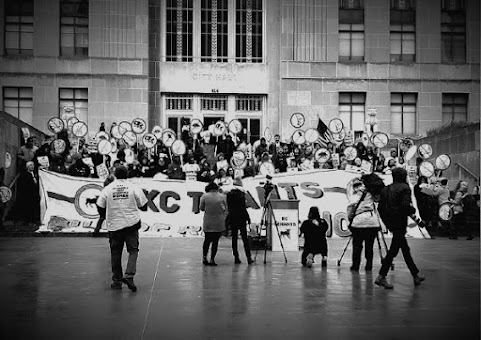 This week local housing activists claimed a victory and earned top priority in a structurally unbalanced budget that's mostly dependent on FREE MONEY from the feds in order to function.

"After more than a year of organizing, KC Tenants won $931,495 to fund the Office of the Tenant Advocate. The Mayor and City Council adopted a budget for FY 2020-2021 this afternoon, supplementing the proposed level with $820,000 from federal resources."

Home providers aren't going along with the beltway giveaway.

Wall Street Journal: Some Landlords Don’t Want Any of the $50 Billion in Rent Assistance

"Thousands of building owners across the country are rejecting the government offer. They say the aid often has too many strings attached, such as preventing them from removing problematic tenants or compelling them to turn over sensitive financial information to government agencies or contractors."

Here's the word from at KICK-ASS TKC READER who directed our attention to this controversial topic:

"Sorry, but I don't want to be in business with city hall or Mayor Quinton Lucas. So I'm skipping these federally funded schemes because they're just going to impose more restrictions on property owners. If I take their money they're going to tell me how to run my business, who I can rent to and how much I can charge. No thanks."

CONSENSUS FROM MANY KANSAS CITY PROPERTY OWNERS ON RENT RELIEF FROM THE FEDS: IT'S A TRAP!!!

The reality: There's not a lot of faith in local government after more than a year of "restorative justice" directed toward protesters and renters impacted by COVID.

Quite a few property owners don't seem to want "relief" and simply look forward to restarting evictions in order remove tenants who can't pay and find new ones who can . . . Like it or not, this will only start the local cycle of protest and demand for government intervention yet again.