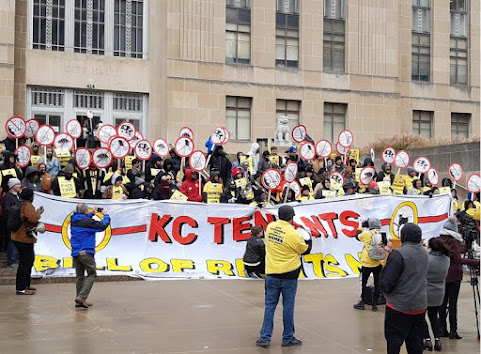 Urban camping is the new hotness in Kansas City and local activists seem disappointed that nobody seems to care about week old headlines in the newspaper the nobody reads.

No member of our security staff told them today that they had to clear out within two hours.

A member of our city security staff visited the encampment today to deliver trash bags and to ask the campers to clean up some of the trash they have generated. Additionally, we have reached out to the campers multiple times to make sure that they are aware of beds that are currently available in several local shelters, and to offer help connecting with social service agencies. We have a poster onsite that lists all of the shelters in the metro area where they could seek assistance.

However, there was no mandate that they leave today.

We have responded to multiple media questions about this today.

There are at least 3 major homeless camps set up in KCMO that have been going for weeks. And whilst nearby biz and neighborhoods might lament the situation, there's no sign anybody is going to do anything any time soon.