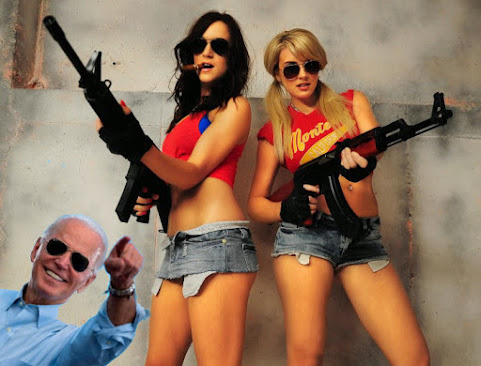 As many TKC readers predicted, the current backlash against firearms has spiked under Democratic Party rule.

Given that this town has strong Democratic Party roots, that's not too surprising and something that we suspected.

However, a super quick e-mail puts us ahead of all the other Kansas City newsies . . .

THIS WEEKEND ORGANIZERS FOR THE KANSAS CITY GUN SHOW EXPECT RECORD TURNOUT AND A COVID COMEBACK AMONGST FIREARM ENTHUSIASTS!!!

"This really is a blessing for us, I've had so many advanced calls about purchases and making sure there was room. Of course we want everyone to be safe but the word is out . . . Kansas City LOVES guns and this weekend our lawful enthusiast crowd is going to show it."

To be fair, here's the news from the other side of the debate:

NBC: Biden calls on Congress to tighten gun laws in wake of Colorado shooting that killed 10

Markets Insider: Asian-Americans are increasingly purchasing guns to defend themselves amid a spike in hate crimes

UST: 'We have to act': Biden calls on Congress to move fast on background checks, assault weapon ban after Boulder shooting

KCTV5: "Those of us who are on the ground, who live in the city, who bury men and women who have been killed from violence, know for a fact that there is a problem with the illegal proliferation of guns within our community. We know that it exists," Dr. Vernon Howard Jr said.