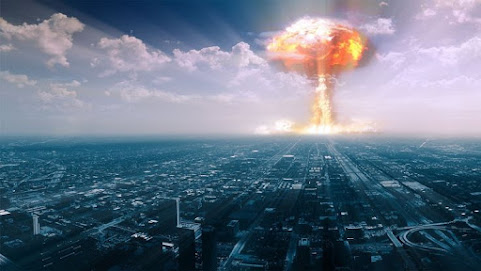 Kansas City is now ground zero for the reparations moment that is garnering momentum.

There's a lot to unpack in this story but 12th & Oak fired the first shot with this resolution that should start the conversation. So far other news outlets are politely ignoring the proposition until they can get a quote, here at TKC we aren't afraid to break FIRST NEWS based on city hall dox.

Here's the shout out as KC is actually the 3rd city to start payouts for a tragic fact of American history . . .

"Expressing the Council’s support for the Commission to Study and Develop Reparation Proposals for African Americans Act that is now before the U.S. Congress and urging the City’s congressional delegation to support it."

The ordinance is sponsored by every African-American member of the city council, Katy Shields and Mayor Quinton Lucas.

Expressing the Council’s support for the Commission to Study and Develop Reparation Proposals for African Americans Act that is now before the U.S. Congress and urging the City’s congressional delegation to support it.

WHEREAS, on January 4, 2021, U.S. Representative Shelia Jackson Lee introduced H.R. 40 (the “Bill”), known as the Commission to Study and Develop Reparation Proposals for African Americans Act (the “Act”) in form of the 117th United States Congress; and

WHEREAS, as of February 24, 2021, the Bill enjoys 167 co-sponsors including U.S. Representatives Cori Bush and Emanuel Cleaver from Missouri; and

WHEREAS, the Act establishes a commission to study and develop reparation proposals to redress the fundamental injustice, cruelty, brutality, and inhumanity of chattel slavery in the United States and the 13 American colonies between 1619 and 1865 and to establish a commission to study and consider a national apology and proposal for reparations for the institution of chattel slavery, its subsequent de jure and de facto racial and economic discrimination against African Americans, and the impact of these forces on living African Americans, to make recommendations to the Congress on appropriate remedies; and

WHEREAS, the Act shall require the commission to identify the role of the federal,  state, and local governments in supporting the institution of chattel slavery, the forms of discrimination in the public and private sectors against freed slaves and their descendants, and the lingering negative effects of chattel slavery on living African Americans and society; and

WHEREAS, while the nation must continue to address the social effects of chattel slavery and segregation, it must also recognize the resulting and continuing economic inequalities and disparities of those past polices that serve as the genesis for many inequities in our African American communities today and which remain largely ignored in the halls of policy makers at all levels of government; and

WHEREAS, the aforementioned resulting and continuing economic inequalities and disparities of those past policies, which include redlining and other discriminatory housing policies, unequal education, disinvestment in African American communities, disparities in healthcare services, and disparate treatment at the hands of the criminal justice system, are all manifest in Kansas City’s African American communities today; and

WHEREAS, the nation must be willing to commit to entering a constructive dialogue on the role of chattel slavery and racism in shaping present-day conditions in our community and American society and the tools that must be utilized in order to, as U.S. Rep Jackson Lee said in her introductory remarks, “light the way to the beloved community we all seek”; NOW, THEREFORE,

That the City of Kansas City, Missouri, supports H.R. 40, known as the Commission to Study and Develop Reparation Proposals for African Americans Act which is now before the U.S. Congress, and urges the City’s congressional delegation to vote in support, work with their colleagues to support the Act and, in doing so, ensure that the necessary appropriation is made available to facilitate the important and national healing work of the commission.