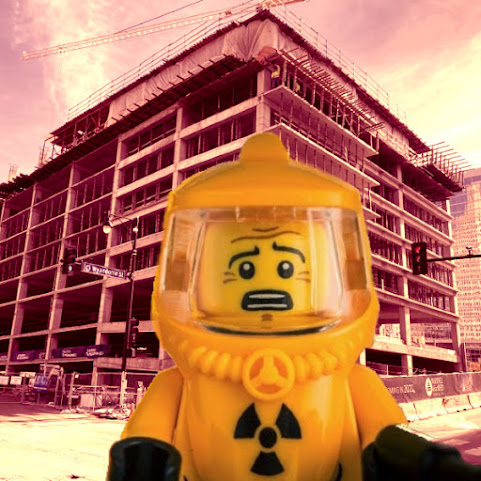 The aftermath of a devastating loss inside the loop has politicos playing the blame game despite dire economic circumstances.

“Macquarie is contractually committed to lease or sublease the Class A office space and the developer is committed to constructing the building to completion,” KCMO Mayor Quinton Lucas’ office said Wednesday in a statement. “The developer has shared that the project remains on time and on budget.”

"The Waddell & Reed headquarters building is a $140 million project at West 14th Street and Baltimore Avenue in downtown KCMO.

"The mayor’s office went on to note that “this deal was hatched under a prior administration,” but Lucas voted to authorize the project four months after becoming mayor . . .

“The City expects the 1400 Baltimore building to be a strong asset for office relocations to downtown Kansas City,” Lucas’ office said in a statement. “The project also will support much-needed parking demand due to the shuttered and expensive-to-replace Barney Allis Plaza garage.”

TRANSLATION: THERE'S NO PLAN FOR THE EMPTY BUILDING!!!

But not all hope is lost.

Reader suggestion that has shown us the way . . .

Link without the paywall . . .

Sadly, this "solution" won't make everyone happy but it's a plan that's just as sketchy as all of the pre-COVID real estate speculation inside the loop.

ANYTHING can become affordable housing.
You just need to find someone to pay the note.
Dig deep, KCMO taxpayers!

Maybe they can design apartments that look and work like mobile homes so Bandit can move in.

Lets make it into a sanitarium for all MAGA, Q-anon and others that think Trump will regain the Presidency. Lock em up! If they work for you - fire them. They are DOMESTIC TERORISTS!

^^ Whippersnapper Weenie is back on the board again!

^^and yet you don't have any idea who's making these posts do ya poppy? Cause I sure as hell didn't. LOL! Weird.

Call 1-800-DUMBASS on Whippersnapper Weenie because, well, he's a dumbass.

The guy making the same posts is the guy who doesn't know what the hell a comma is. Public education failed him.

Cgc is right. Homeless shelter but fumigating Bartle also needs to be done.

^^You don't live here CHUD! This is not your town. Give that advice to Belton fucktard!

Pack it with Democrats and burn it.

I'm sure that they will have no problem filling it with all of these businesses that are flocking to Kansas City.
🤣🤣🤣🤣🤣🤣🤣🤣🤣🤣🤣🤣🤣🤣🤣🤣


Section 8..why not..who the hell else would wanna live downtown these days..

Section 8 in the military are crazies. In public house... same thing. Never mind! 😏

^^Go away. You're only talking to yourself.

And empty places in other areas of KCMO.

^^and yet something else will move in. it always does. Weird.

MAGA? Why? America was already great before Trump! Its been great since George Washington. How dare Trump claim the USA is NOT great!

They tried this once before, was called the Wayne Miner Housing Development and the low incomers destroyed the place so bad they tore it down.

^^You don’t live here. Go away. Nobody cares what an outsider thinks. Bye bye!

When Barney Allis caves in fill the hole with this building.

Gubmint housing is the solution to nothing. Make it a homeless shelter and fumigate Bartle or implode it. It won't be filled with office space no matter how hard anyone hopes.

I think I see the same moron chirping “weird” in every comment posting on the Fox 4 news FB comments. Wish their was a way to filter out the imbeciles on this site. They’re trashing up my feed.

There will still be tent cities because those pesky homeless still wanna be homeless, LOL

Waddell and Reed is laying off a lot of employees now that it sold to an evil Hedge Fund.