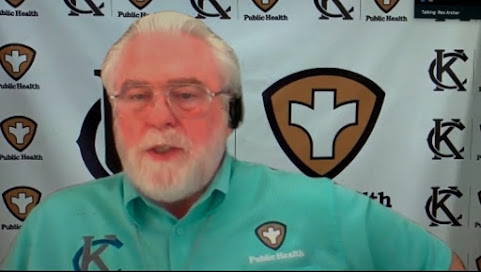 There's a novel idea under discussion right now in Jeff City in the aftermath of pandemic economic devastation that took place in order to thwart the spread of COVID-19.

Elected officials are working to establish checks and balances for public health administrators who exercised incredible influence during the ongoing plague . . .

Example: Dr. Rex exclaimed via Twitter that former Prez Trump should be locked up right before his department coordinated with regulated industries and city hall to target small restaurants inside city limits.

Now the GOP hegemony are crafting push back that might, at least, spark more debate on future health decisions.

"No one unelected person in this state should have the power to write laws that can destroy the livelihoods, create financial hardships on our citizens or affect their mental well-being without the oversight of their elected officials," said Rep. Jim Murphy, a St. Louis Republican who sponsored the bill.

"Murphy's bill would allow local health officials to close businesses, schools and churches, but only for 15 days at a time. After that, they'd need approval from the city council or other local governing boards to extend closures.

"The House gave the bill initial approval in a voice vote. It would need another vote of approval in the chamber before it would go to the Senate."