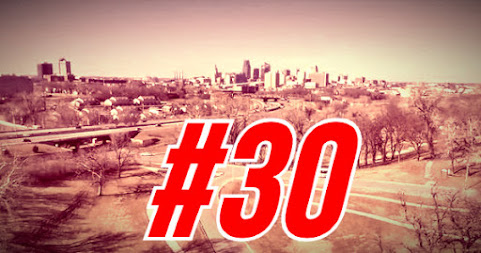 The worst part of the rising Kansas City homicide count is that children are often a part of that horrific and steadily increasing number.

The latest addition to the KCMO homicide count is a 4-month-old who death from internal injuries was ruled a homicide.

On Tuesday (03-09-2021) just after 6:15am, officers were called to the 5400 block of Harrison Street in regard to an EMS call for a reported non-breathing infant.  Upon arrival, officers contacted EMS personnel on scene who advised there were no obvious signs of injuries or trauma to the victim. The victim, a male approximately four months old, was transported to the hospital. Last night, detectives were contacted by hospital staff who advised the victim had died. Due to the information relayed regarding internal injuries, an investigation was initiated. The Medical Examiner’s Office has ruled the death a homicide.

The investigation is on-going and detectives are asking if you have any information to call the Homicide Unit at 816-234-5043. You can also remain anonymous by calling the TIPS Hotline at 816-474-TIPS.

This is going to be horrible.

Ad another dimwit vote for eternity!

159GET OUT OF NANAS BASEMENT AND GET A JOB BITCH BOY

HELP MY CAPS LOCK IS STUCK HOW DO I TURN OFF

PULL YOUR HEAD OUT OF YOUR ASS


I don't know who did this but the other posters are right these things usually happen in liberal areas by liberals. My thoughts are, that baby had to have suffered in tremendous pain and I can't hardly keep from getting depressed over this. What kind of ignorance does this is hard to imagine. If the person involved doesn't get death row on this I think I'm going to speak out about it and try and get something done.

Thug life y'all! Mogadishu on the plains.

THE BABY MOMMA DONE IT

NOBODY NO WHO BABY DADDY IS

OR WEAR BABY DADDY BE

DAT LIF IN DA HOOD YA ALL

We got robbed! Nigger didn't live long enough to become a drain on society in prison.

Margaret Sanger’s vision of ending black lives has come to pass but not through eugenics. They do it to themselves.

I did not make the comment at 3:50. The Secret Something knows who you are.


AND STILL FOR SEVEN MONTHS STRAIGHT THERE HAVE BEEN 15+ (Currently 17) HOMICIDE CASES BEING REVIEWED AT THE JACKSON COUNTY PROSECUTORS OFFICE FOR CHARGES. CASES WHERE VIOLENT SUSPECTS HAVE BEEN IDENTIFIED BY KCPD BUT NOT YET CHARGED BY JEAN AND HER STAFF. 17 SUSPECTS STILL ON THE STREETS OF KC WHILE VIOLENT CRIME CONTINUES TO RISE

WHEN WILL THEY GIVE THESE CASES AND VICTIMS ANY ATTENTION?

ANOTHER NIGGER BITES THE DUST

Funny, damn near the same incident occurred in Tyreeks household. And you praise him on Sunday like the Lord.