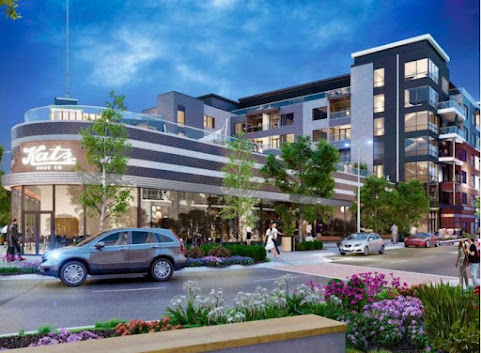 Speculative building along the upcoming toy train streetcar line once again pits neighbor against neighbor with the promise of development that has never quite lives up to expectations.

For those who don't know, Historic Kansas City is a group with good intentions who usually serve as a punching bag for amateur urban planners. We're uncertain if they've ever saved a single building but they're good for a quote and lamenting local progress.

Sadly, it seems they're getting tired of being metaphorically slapped in public and have recently submitted to the unstoppable, gerrymandered, toy train streetcar plan for massive gentrification that might or might not stop about two dozen violent hobos from gathering near 39th & Main every day.

Here's a look at the group on their knees and swallowing inevitability . . .

"We don't usually endorse projects unless they are rather faithful restorations. And of course we can't always rely on what we are shown beforehand. Different outcomes do eventuate and require vigilance from all interested parties. Still, HKC felt inclined to recommend the proposed redevelopment of the Katz building and site with reservations as stated in our testimony and outlined in our letter to the City Plan Commission."

Even better, a retort was sent our way by KICK-ASS TKC READERS . . .

"Historic Kansas City endorses a plan that would turn the Katz Drug store in to an amenity center for apartment residents & put a pool on top? This is beyond laughable. Out of town developers once again are gaming the system to use historic tax credit to build luxury apartments. Wouldn’t it be nice if Historic Kansas City started endorsing projects that were rather faithful restorations?"