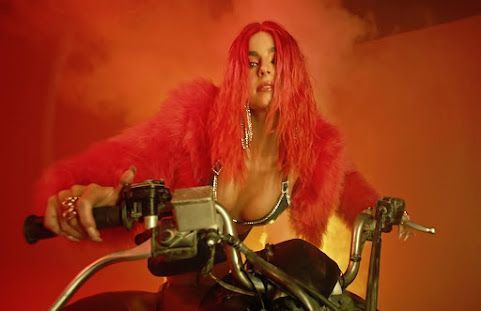 Officials with the Kansas City VA Medical Center said they're prepared to join in on President Joe Biden's latest mission to vaccinate veterans, but they have some concerns. With President Biden signing into law the "Save Lives Act," VA Hospitals and clinics may vaccinate veterans for COVID-19, even if they're not enrolled in VA health care.

Jackson County to begin administering new round of rental assistance

KANSAS CITY, Mo. - Monday, Jackson County, Missouri, legislators entered an agreement with Independence-based Community Services League to have the social services agency administer $11.5 million through an emergency rental assistance program. The county received the money from the U.S. Department of the Treasury as a result of a budget and COVID relief bill Congress passed in December 2020.


Hope Springs Eternal At The K

Field will be ready for Royals' Opening Day

Hide Transcript Show Transcript AS KAREN KORNACKI FOUND OUT, AS USUAL, THE FIELD WILL BE READY KAREN: AS YOU CAN SEE, THE K IS READY FOR BASEBALL, BUT TREVOR VANCE WILL TELL YOU IT WAS A CHALLENGE THIS YEAR. WE HOSTED THE POSTSEASON CAMP. WE LOST ALL OF OUR GROWING SEASON.

Addison Rae on Her Pop Reinvention and Debut Single 'Obsessed'

Debut singles are the musical equivalent of an introduction. The great ones- 'Baby One More Time', 'Royals', 'Crazy in Love'-can put an artist's full potential on display while foreshadowing all that's yet to come. These milestones often occur when the performer is completely unknown or launching a solo act, but what happens when a star who's already well-known in one medium makes the jump into pop?

Dangerous Covid-19 variants could mean all bets are off on the road to normalcy, expert warns

The evidence that Americans are gearing up for a return to a more normal life is growing apparent, however many experts reiterate that Covid-19 is far from over.

Two pro-Biden journalists engaged in a rare Twitter spat Thursday over a question one of them asked President Biden at his first formal press conference. "PBS NewsHour" correspondent Yamiche Alcindor was the second reporter selected by the president to ask a question.

Monaco's Prince Albert has Queen Elizabeth 's back, or so it seems ... 'cause he's ripping Meghan Markle and Prince Harry for discussing Royal family matters on primetime TV. Albert was asked for his 2 cents about Harry and Meghan's sit down with Oprah , and he told the BBC the CBS primetime special was the wrong time and place for them to be pouring out their feelings.

LEE'S SUMMIT, Mo. - As you may know, many Christians do not eat meat on Fridays during Lent. However, fish and seafood are often deemed acceptable. Several years ago, St. Margaret of Scotland Catholic Church in Lee's Summit started a Friday night fish fry to accommodate that need, and it became hugely popular.

'By the grace of God': How a metro single mother bounced back from no job, no home during the pandemic

KANSAS CITY, Mo. - While unemployment rates have gone down, people are still struggling to find work. One Kansas City woman hopes her story inspires other to keep pushing. "I did not imagine myself being fully stable a year later, being able to not only find a really, really good job, but conquering some of the things I never think I would conquer before," Jessica Fulghem-Jarmon said.

A StormTrack5 Weather Alert has been posted for this morning due to dense fog. A dense fog advisory has been posted for the KC Metro through 9am. Clouds will hold strong today with highs near 62. We are tracking a 50% chance for storms, some strong late this evening. A few early morning storms are expected on Saturday, but the rest of the day should remain dry. Sunday looks fantastic with more sunshine and highs in the 60s.

Addison Rae - Obsessed is the song of the day and this is the OPEN THREAD for right now.