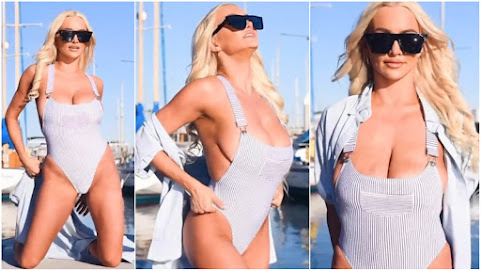 Kansas City ranked among most lucrative metros for recent graduates

KANSAS CITY, MO (KCTV) -- On Tuesday, the National Football League announced the expansion to a 17-game regular season schedule beginning with the 2021 season. The league determined that the additional home game would rotate between AFC and NFC clubs on an annual basis, beginning with the AFC in 2021.

KANSAS CITY, Mo. - 222 Waldo Flats are will soon be housing residents as Botwin Commercial Development and Linden Street Partners anticipate a July opening. The development, which will house 44 apartments, stands in place of the one-time Waldo Ice House at 222 W. 75th St.

The trial for Derek Chauvin, the ex-Minneapolis police officer charged in George Floyd's death, is to resume Tuesday with testimony from an MMA fighter who witnessed Floyd's arrest as he laid face down on the pavement with Chauvin's knee pressed to his neck.

President Joe Biden is aiming for summer passage of an infrastructure plan that is expected to cost more than $3 trillion, and the White House hopes to take a more deliberate and collaborative approach with the contentious Congress than it did on the COVID-19 rescue package, officials said.

CDC director Dr. Rochelle Walensky said in a new interview that she warned - and terrified - Americans of "impending doom" amid an uptick in COVID-19 cases because she "just can't face another surge." "I`m watching the cases tick up. I`m watching us have increased numbers of hyper-transmissible variants.

With billions of dollars in lawsuits now in the balance, Dominion Voting Systems has quietly expanded its legal armada in recent days, as the election technology company goes after Trumpworld and conservative media giants.

Workers at an Amazon warehouse in the town of Bessemer have submitted their votes in an election that could shape the fate of Amazon - and the future of the labor movement in the U.S. "I think we can work out a non-trial disposition in this case," Assistant U.S.

Burns & McDonnell's first diversity, equity and inclusion (DEI) strategy manager has hit the ground both running and flying since his recent promotion. As of last week, Leon Harden was taking part in a nationwide "listening tour," meeting a range of regional and global leaders with the Kansas City-based engineering, construction and architecture firm to better understand their DEI expectations and needs.

Hide Transcript Show Transcript 50 DEGREES RIGHT NOW, THE WIND IS STARTING TO TURN AROUND TO THE NORTH, WE DROPPED A FEW DEGREES, YOU SEE THE BLUE ARROWS COMING FROM ST. JOSEPH, MARYVILLE, AND LEAVENWORTH. THIS IS A COLD FRONT, SO IT WILL GET COLDER THIS MORNING, MAKE SURE TO HAVE AT LEAST A LIGHT JACKET WITH YOU.

Cannons - Fire for You is the song of the day and this is the OPEN THREAD for right now.

What a weepy disaster the CDC director is. Don't national crises call for some strength and dignity? What a loon.

“Public school teachers in San Diego are now being sent to the San Diego Convention Center to provide in-person instruction to migrant children being temporarily housed there at taxpayer expense, while district public schools continue to remain closed to its own American children after more than a year.”

“The city and county will support this “FEDERALLY FUNDED” effort by providing vital services to these vulnerable children.”

I bet the cdc director supported this decision without batting an eye, but by god us citizens should heed her warnings of an impending disaster that will result in hundreds of thousands more deaths amirite! Hahahahaha!

KSUI also reports more than 30 of the girls who’ve been transferred to the convention center have already tested positive for COVID, the disease that's keeping public schools closed because it's supposedly a threat to children, faculty and staff.

Meanwhile, earlier this month San Diego schools marked one full year of having been closed to students for in-person learning. Despite having met requirements to reopen, San Diego Unified School District has so far refused to open its schools back up to the district’s 121,000 or so students, even as reports show significantly more students are now failing classes than during the same time frame in 2020.

I can’t go outside according to fauci, I will get the Wuhan flu and die! Hahahahaha!

According to the Epoch Times, Christopher Allen Hamner, a 51-year-old Black Lives Matter activist, was arrested in Seattle on Thursday and subsequently charged with committing a hate crime and “three additional counts of malicious harassment” after allegedly violently accosting several Asian-Americans, including two children.

Pamela Cole was in her car with her two kids when Hamner belligerently confronted her on March 16, shouting racially offensive insults and throwing an unidentified object at them.

Cole later posted on her Facebook account, “The kids and I were in utter shock and confusion cause we just couldn’t understand why he was targeting us especially since we hadn’t had any interactions with the man.”

On March 19, Hamner waylaid two Asian-Americans in a car again. He reportedly cut them off with his own car, hurled racial insults their way, charged their vehicle and threw an unidentified object at it. He's now being held in jail under a $75,000 bail.

Ironically, Hamner had uploaded numerous posts decrying racism to his own Facebook account, marking another classic case of a leftist failing to follow what he professes.

Tony, the article under "Rioters Stay Winning" doesn't match the text of the article which talks about Amazon's workers' attempts at union.

A new study is offering further evidence of the environmental destruction being wrought by mankind’s overreaction to the coronavirus, saying that disposable masks are being found in unprecedented numbers among both land and ocean wildlife and creating a brand new crisis that could impact the animal kingdom for years to come.

Lindsey still seems no better than a streetwalker to me.

The new Waldo apts are half section 8. Oh boy!

"According to the Epoch Times..."

You can stop there. The Epoch Times is published by and from Planet Tinfoil.

According to Jesus (not me) Donald Trump will be going to hell when he dies.

Read the Beatitudes he spoke. Its sole purpose is to explain TO US - who will NOT go to heaven. Trump fits that category perfectly

thanks for clarifying all my salaries have been royal screw jobs.

No White person can hold this type of position, because by definition it's based on racism, and that's morally wrong and illegal.

Do you understand the hypocrisy at play here?

While corporations and taxpayer entities desperately seek to portray themselves as socially-aware WOKE participants, when you create hiring positions that can only be staffed by designated identity groups, you are practicing discrimination and racism.

Burns and McDonnell is racist and discriminatory.