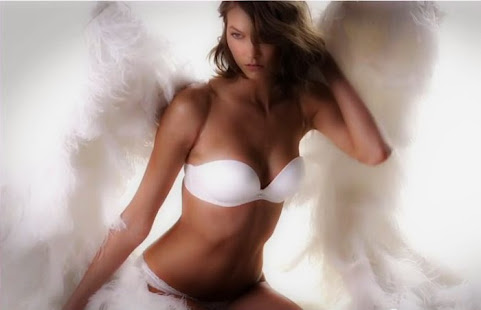 KANSAS CITY, Mo. - As the COVID-19 vaccine roll out continues in the Kansas City area, 41 Action News is compiling a list of vaccination events and where people can sign up for a vaccine interest form each week. Check back for updates. Vaccine slots fill up quickly and often are scheduled before each week.

Opinion: It's time to move Missouri forward - The Missouri Times

Last week, I told a friend I was preparing to hear a Republican bill to lower the state minimum wage, and their response was, "Have they ever considered moving forward, rather than backward?" Sarcasm aside, they had a point. As a first-term state representative, I'm growing increasingly frustrated by the regressive rhetoric and policies coming out of the Republican party.


Kansas Vaxx For Everybody

Kansas to move to Phase 5 of vaccination plan Monday, allowing all adults to receive a vaccine

All adults over the age of 16 in Kansas will become eligible to receive a COVID-19 vaccine starting Monday, after a new announcement from Gov. Laura Kelly. Kelly announced in a news release Friday that the state will move to Phase 5 of its vaccine distribution plan on March 29.Phase 5 makes all adults 16 and older eligible to sign up to receive a vaccine.

Shares of Victoria's Secret's owner surged more than 6 percent on Friday after the company raised its financial outlook for the second time in two weeks. L Brands said "improved sales trends" at the lingerie giant and at its Bath & Body Works chain convinced it to raise its first-quarter earnings guidance to between 85 cents to $1 a share, up from 55 cents to 65 cents a share.

VATICAN CITY (Reuters) - Pope Francis led Palm Sunday services in an almost empty St. Peter's Basilica because of coronavirus restrictions for the second consecutive year and said the devil is taking advantage of the pandemic. In pre-coronavirus times, Palm Sunday, which marks the start of Holy Week and leads to Easter, tens of thousands of people would pack St.

At least 20 hurt in Palm Sunday bombing at Indonesia cathedral; attackers believed to be part of militant group, police say

MAKASSAR, Indonesia - Two attackers believed to be members of a militant network that pledged allegiance to the Islamic State group blew themselves up outside a packed Roman Catholic cathedral during a Palm Sunday Mass on Indonesia's Sulawesi island, wounding at least 20 people, police said. Rev.

"It all fits in that same swirl of the things that the American people want us to do. But Congress continues to fail because of the filibuster," said Sen. Elizabeth Warren (D-Mass.). The hate crimes measure Schumer plans to force a vote on would make a small-scale but potentially meaningful change by creating a Justice Department point person to focus on the problem.

In June of 2020, as Kansas City's streets erupted in pent up frustration over brutality and racism, a Kansas City band was sitting on a protest song that spoke to the moment with urgency and love. "Rise Up" had been in the works for a while.

Courtesy photoWith last year's Bargain Mansions 'As Seen On HGTV Sale' being such a success, Tamara Day and her crew couldn't resist doing another to kick off spring. The Kansas City designer has not only curated a TV personnel lifestyle through a well-loved home makeover show featuring debilitated spaces that come to life through her design-oriented eyes.

Clearing sky and chilly overnight low temperature Sunday looks great! The best weather day of the weekend Rain chances are near zero as we end March and start April KANSAS CITY'S MOST ACCURATE FORECAST Tonight: A light freeze is possible in some locations with a clear sky. Wind: NW 5-15 mph.