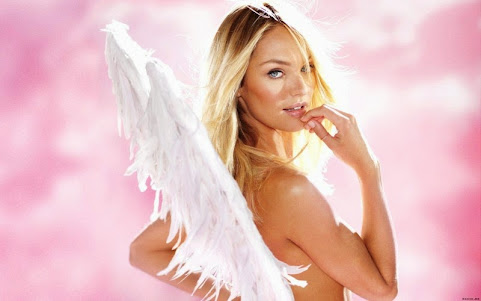 For the midday and with respect to faithful readers, we share tribute to the angelic newsworthy hotness of Candice along with a peek at pop culture, community news and top headlines worth a peek right now.

More Deets As Kansas City Jobs Move Down The Line

Canadian Pacific Railway on Sunday said it has agreed to buy Kansas City Southern for $25 billion in a cash-and-shares deal to create the first rail network connecting the United States, Mexico, and Canada, betting on a pick-up in North American trade.

Racial justice panel's bills stalling in committees, not getting hearings in Kansas Legislature

The Kansas Legislature has so far not acted on proposals from a racial justice and equity commission established last year by Democratic Gov.

O'FALLON, Mo. (AP) - Heavy rain over the past week has caused the Mississippi River and its tributaries to rise, resulting in minor flooding in parts of eastern Missouri. The Missouri River was falling in Hermann and Washington after moderate flooding over the weekend.

Parent company would not stand for reelection to the L Brands revealed Thursday that the company's founder, chairman emeritus and former chief executive officer L Brands board at this year's shareholder meeting in May. Neither would his wife Abigail. "L Brands is at a terrific place in its history," Wexner, age 83, said in a statement.

Former President Donald Trump is coming back to social media -- but this time with his own network, a Trump spokesperson told Fox News' Howard Kurtz on MediaBuzz on Sunday.

Sen. Roy Blunt, a member of GOP leadership, argued on Sunday that Americans don't need "alternative versions" of what occurred the day of the US Capitol insurrection, pushing back on Republican Sen. Ron Johnson's comments that mischaracterize the riot and its participants.

Kent Taylor, the co-founder and CEO of Texas Roadhouse Inc., has died from suicide, his family said, after suffering "unbearable" COVID-19-related symptoms. Taylor's family and the restaurant chain said in a statement to The Hill on Sunday that the business executive "took his own life this week" after "a battle with post-Covid related symptoms, including severe tinnitus."

The Mail on Sunday described the work as a "major drive". It will take place in collaboration with people from minority backgrounds, disabled people, and gay and transgender communities.

In celebration of Women's History Month, one Kansas City restaurant is bringing some of the most talented women in the industry together under one roof. Chef Pam Liberda and her team will be hosting a chef's dinner at Waldo Thai Place on Sun., March 21 featuring food and drinks by several different chefs and bartenders.

Manager Mike Matheny has set his rotation to begin the regular season, and Brad Keller will get the Opening Day assignment for the second time in his career. Keller tossed seven shutout innings against the White Sox on Opening Day in 2019 in a 5-3 win.

Hide Transcript Show Transcript THE WEEKEND. VERY NICE TODAY. A LOT OF STRONG WINDS TO GO WITH IT. LOOKING AHEAD TO NEXT WEEK. SCHOOLS GOING BACK AFTER SPRING BREAK AND ALSO HEADING BACK TO WORK, SOGGY MONDAY EXPECTED. THE RAIN SHOULD BE MOVING IN AROUND 9:00 TOMORROW MORNING AND TAKING OVER THE REST OF THE DAY.

Hozier - Take Me To Church - Acoustic is the song of the day and this is the OPEN THREAD for right now.