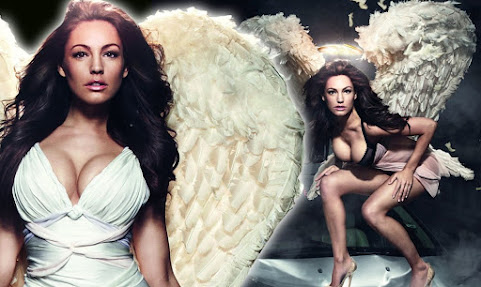 Food Truck For The Win

KANSAS CITY, Mo. (AP) - It doesn't take long to realize Bill Coe is passionate about what he does in the greenhouse at East High School. Coe is director and CEO of Green Acres Urban Farm and Research Project, which is surrounded by some of Kansas City's most disadvantaged neighborhoods.

She never fails to put on a stylish display on her way to and from work. And Kelly Brook looked radiant as she rocked double denim on her way home from Global Studios on Friday. The presenter, 41, sported the cowgirl chic outfit as she walked to catch a taxi after her Heart FM show.

Once it was like a second White House for the Maga crowd. Now it is in danger of becoming a white elephant. Clobbered first by the coronavirus pandemic, then by its owner's election defeat, the Trump International Hotel in Washington is reeling from a huge loss of income and prestige.

Wealthy people are jumping the line for COVID-19 vaccines

America's wealthiest are finding ways to access the vaccine ahead of those who qualify for it. Why it matters: The pandemic has already widened existing health inequities and underserved communities continue to lag in vaccinations compared to the white and rich.

North Korean leader Kim Jong Un has been giving President Biden the cold shoulder - a sharp contrast to his relationship with his predecessor Donald Trump. A Biden administration official, who spoke on condition of anonymity, told Reuters the White House reached out to Kim "through several channels starting in mid-February, including in New York."

Police stormed the stage, handcuffed women and dragged them into police vans. The crowd shouted: "Shame on you," "Leave them alone" and "Arrest your own."

The U.S. is playing a "whole new ballgame" in terms of controlling the coronavirus now that variants are spreading across the country, Michael Osterholm, director of the Center for Infectious Disease Research and Policy at the University of Minnesota, told CBS News on Friday.Why it matters: Osterholm said the U.S.

Alex Rodriguez, Jennifer Lopez have not broken up and the couple says they are 'working through some things'

For those who believed that love had died once it was reported that celebrity power couple Alex Rodriguez and Jennifer Lopez had broken up, there's some good news for you all today. The two reportedly have not ended their relationship, and are just currently trying to figure things out, according to a joint statement.

KANSAS CITY, Mo. - The Kansas City, Missouri, Police Academy expected to serve nearly 4,300 families during its food drive Saturday. The USDA Families to Farmers food giveaway started amid the COVID-19 pandemic and officers have hosted food drives at the police academy every other week.

Rain and wind sticking around for Sunday

Hide Transcript Show Transcript KATIE, YOU HAVE BEEN TRACKING THESE STORMS AS WELL. KATIE: IT IS PART OF THE SAME STORM SYSTEM THAT BROUGHT THE BRINGING US OUR RAIN. WELL CONSIDERING HOW BAD THIS STORM HAS BEEN FOR OTHER AREAS. I PAUSED THE RADAR JUST BEFORE 5:00 P.M. LAST NIGHT.

Lenny Kravitz - Are You Gonna Go My Way is the song of the day and this is the OPEN THREAD for right now.