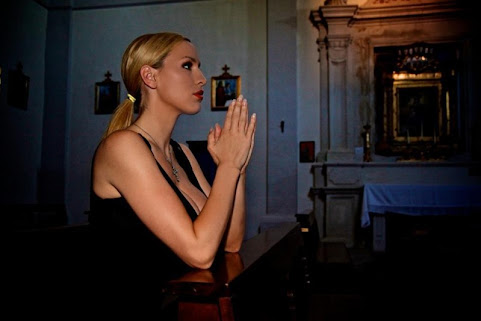 Hottie Jordan in an iconic moment of contemplation inspires this quick peek at local headlines, community news and pop culture to start the day . . .

KANSAS CITY, Mo. - While frustrations for some are high, others are beginning to see the COVID-19 vaccine roll-out as effective. "I've never seen anything so well managed," Lester Kerschner, of Lenexa. For more than one month, Kerschner has been on a handful of waiting lists for the vaccine, but received his first dose on Friday.

With a potential stimulus check on the way, people in Johnson Co., KS look for home improvement ideas

OVERLAND PARK, Kan. - With federal stimulus money potentially headed to peoples pockets, home renovation is on the mind for some individuals who have been cooped-up during the pandemic. It was a busy Saturday for vendors at the Johnson County Home & Garden show. The convention is one of the first to return to the [...]

INDEPENDENCE, MO (KCTV) -- A city-wide burn ban has been placed in effect beginning Sunday morning at 8:00 a.m. until at least Monday morning at 8:00 a.m. for all outside or open fires (except for residential barbequing). The ban is a result of high winds and wind gusts over the 24 hour period and the highly combustible condition of leaves and other foliage.

Thousands of migrants have crossed the border in Biden's first six weeks in office, many of them unaccompanied minors. The influx has tested the administration's resources and ability to quickly implement its own strategy as Republicans sound alarms over what they have deemed a crisis of Biden's making.

Trump plans a spectacular return to social media by the end of spring, top advisor says

Trump will come back to social media by the end of spring, top advisor Jason Miller said Saturday. Miller told Mediate that Trump's return "will be a tectonic plate shift in the world of social media." Trump will most likely be on alternative platforms as opposed to Twitter or Facebook, Miller said.

PLAINS OF UR, Iraq (AP) - Pope Francis walked through a narrow alley in Iraq's holy city of Najaf for a historic meeting with the country's top Shiite cleric Saturday, and together they delivered a powerful message of peaceful coexistence in a country still reeling from back-to-back conflicts over the past decade.

Word that Alamo Drafthouse wouldn't reopen its theater in downtown Kansas City was a shock to many - and for a few different reasons. Patrons who enjoyed the mix of first-run and sometimes-offbeat films they'd seen many times - or who just liked seeing a movie as part of a night in the Power & Light District - were bummed.

Hide Transcript Show Transcript UNTIL SPRING. KATIE: IT FEELS LIKE SPRING. IT WILL TODAY FOR SURE. PART OF THAT IS THE INCREASING FIRE DANGER. WARM WINDS AND DRY CONDITIONS OVER KANSAS CITY TODAY. CRITICAL FIRE DANGER FROM NOON UNTIL 6:00 TODAY.

Bob Marley & The Wailers - Redemption Song is the Sunday song of the day and this is the OPEN THREAD for right now.