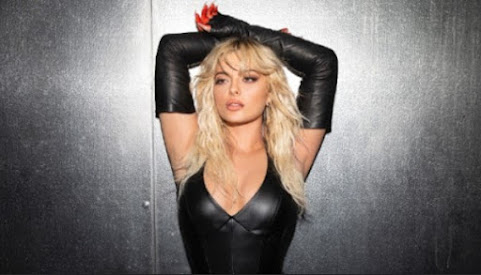 KANSAS CITY, Mo. - Amanda Bushong realizes it's a longshot, but she's offering a $5,000 reward for the return of her stolen safe. It's packed with highly valuable trinkets ranging from rare coins and stamps to a lock of hair from Alexander Hamilton. "That was the furthest thing from my mind, that somebody would come [...]

Patrick Mahomes was name-dropped in one of Drake's three new songs that were released late Thursday night, and the Kansas City Chiefs star had an epic reaction to it Friday morning. Drake released three songs in his "Scary Hours 2" pack. One of the songs, "Lemon Pepper Freestyle" which features Rick Ross, has a reference to Mahomes.

Penske Automotive Group Inc. announced it entered into an agreement to acquire Kansas City Freightliner, a retailer of medium- and heavy-duty commercial trucks. Penske expects the acquisition is to generate $450 million in annual revenue, and build further scale within its Premier Truck Group subsidiary. Freightliner is a brand of Daimler Trucks North America.

Bebe Rexha has been teasing her sophomore album since making her debut with Expectations in 2018. And the two-time Grammy nominee is making sure her new music is worth the wait, dropping one of the singles Thursday night.


Stab At US Cure

More Americans are warming up to COVID-19 vaccines, with 19% saying they've already received at least one dose and 49% expressing intent to do so when they get the chance, according to new poll results. Altogether, 69% of U.S. adults surveyed by the Pew Research Center now intend to become vaccinated.

The Senate is voting into the wee hours of Saturday morning on a series of amendments to the $1.9 trillion Covid relief bill, following a nearly twelve hour struggle to get one Democrat to support the party's plan to extend unemployment benefits.

The long history of anti-Asian hate in America, explained

Harassment toward Asian Americans has spiked in the last year: According to Stop AAPI Hate, an organization that's been tracking these reports,over 2,800 incidents were documented in 2020. And more recently, a wave of violent attacks against elderly people has renewed focus on this issue.

WSJ on Trump criticism: He is 'unhappy with us for recognizing reality'

Former White House press secretary Kayleigh McEnany isn't surprised that President Biden hasn't held a solo press conference despite having been in office for more than six weeks. She called his actions "extraordinary" but "not unprecedented" on FOX Business' " Varney and Co. " "You'll recall...

9:59 AM ET John KeimESPN Staff Writer Close Covered the Redskins for the Washington Examiner and other media outlets since 1994 Authored or co-authored three books on the Redskins and one on the Cleveland Browns The Washington Football Team on Friday released quarterback Alex Smith, who won the 2020 NFL Comeback Player of the Year award in helping the franchise win the NFC East.   Washington, which went 7-9 in 2020, wants to upgrade at quarterback this offseason and, with Smith turning 37 years old in May and due to count $24.4 million against the salary cap, a release became inevitable.

Bebe Rexha - Sacrifice is the song of the day and this is the OPEN THREAD for right now.