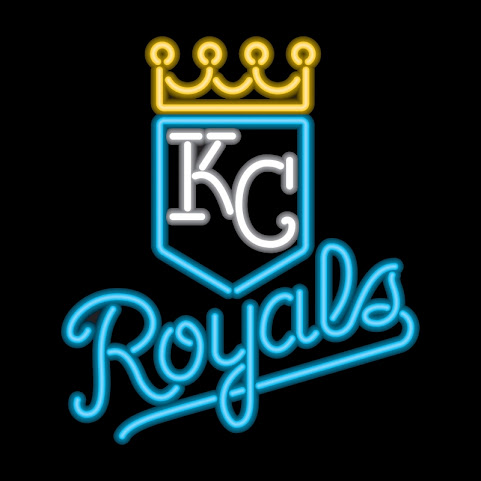 Without question the home team is prepping for an absolute garbage season with bad roster moves and a pitching line-up that isn't even worthy of minor league consideration.

New ownership is either unable or unwilling to spend the kind of cash it takes to win and the coaching staff is lost without any clear vision or direction from the front office.

It turns out Dayton Moore isn't a genius and the long ago World Series victory was nothing more than moneyball luck.

None of that means that the games won't be a pretty good time.

In fact, as the season goes on and the Royals are mathematically eliminated by mid-June . . . The fresh air, open spaces, cheap seats and moderately priced beer might be one of the better attractions in town. Even better, the remnants of COVID might keep more timid locals away or at least make sure every is at a safe distance. All things considered another "rebuilding year" of constant disappointment seems like a win for those lucky fans who know that pro-sports is just another rigged pastime to keep us distracted and/or entertained like pro-wrestling or representative government.

And all of THAT inspires our peek at improvements at the K wherein middle-aged slightly overweight hotties might look just a bit kinder & gentler in the glow of the new scoreboard . . . At least for more romantic souls.

"There's been a lot of action at Kauffman Stadium this offseason, including an upgrade to Crown Vision and a new video board in left field. Check out this timelapse and we'll see you at the K this season!"

Actually, the post is far too hopeful. The K won't be worth it this year. Don't get me wrong, I love the Royals and I'll be listening on the radio and getting stuff done around the house. The games just don't represent a value right after the pandemic. Maybe wait one more season.

How much BLM crap will be shoved down your throat will you suck on $12 beers ?

Because your bum poor ass is too broke to afford an outing. Stay in your trailer and never go outside. Hide under the bed and keep eating those hungry man dinners.

The only company you have is your paranoia. Don't worry the black helicopters are circling. It won't be long until Hugo Chavez comes to take away that 3 dollars you're hiding under your mattress. So don't go to the K and stay home so everyone else can have fun without you. disgusting.

I voted for Johnson said...

That's some bitter crap 11:56? You must be really angry to write something so stupid. What's the matter? Did grandpa joe trip again?


It must be sad Chimpy to wake up daily, knowing all you have to offer are inane comments on other folk's posts. You contribute nothing, and your childish satire is lacking any hint of being clever. Obviously unemployed, your future is pretty dim. You must be envious of those you ridicule, knowing they have so much more in their lives that's positive than you'll ever achieve. Well, it's probably time for you to start with the “weirds” and your pathetic pussy ^^marks.

Jackson County taxpayers - enjoy the Royals scoreboard; that is your tax money being wasted on billionaires and millionaires.

Perez just received a $80 million contract but the Royals cannot repair the scoreboard with their own money.

Crazy world we live in.


What good are the updates if the royals suck. That doesn't make sense. But I guess there are the people who get off on disrespecting the country brought to us by evil no good black people who are selfish and weak.

They lost me with the Black Lives Matter bullshit. Why am I going to pay that kind of money for morality lectures by a bunch of overpaid assholes and get raped at the concession stand to watch a team that doesn't even belong in the Majors?

^^I'm sure they miss you and your $2.00 you spend there pops. Please don't ever go back. This way we all can enjoy the games free of your geriatric fucktard ways. OK Boomer?

Oh look! Chimpy is already pissed and it's not even 9 yet! Not enough fleas in your mommy's snatch this morning for breakfast?

What do the Royals and the Chiefs have in common? Neither one stands a chance of being in the Super Bowl this year.

Ah, a chucklowe sighting! TKC's very own definition of "No reasonable person."


Nooo way..far too many White players!..We demand an NBA team here in KC. That league is 98% black..with the players wearing "Equality" on their jerseys!

The royals are under the mayor Lucas curse. No play off for at least 10 years.

Vote NO for E Tax.

I'm voting no early and often.

Please join with the Royals as they take a knee against systemic racism and sing “Take Me Out To The Ballgame!

^^and yet not one Royals player has ever taken a knee. You're just a hateful loser. Weird.

The Royals went WOKE last year. The sport is a snooze-fest, the Royals are a disaster. Why pay to see the woke sport shove woke messages and provide a shitty performance. F them and F the Chiefs......who are also toast.

Old people triggered by baseball. What a bunch of pussies. LOL!

Millennial punks with lives governed by sports. What a bunch a losers LOL!

Stop picking on my sports guys that aren't worth the money wasted on them CHUDS! It's the only thing I have going for me in my pathetic life!

Baseball enthusiasts are usually 80 year old people with all of the time in the world on their hands or fat fucks who can't get laid.

*Some one needs to explain irony to him.*

^^You need to go back to XXXL Depends. You stink Boomer.

Speaking of pants shitters. Biden is late to the press conference that has been on his schedule for 9 days now. Are we bombing something or did he just forget which way his Depends go on?

It's obvious why they have kept him from doing a press conference this long. He's lost his place over a half dozen times so far, the press can't tell when he's done answering and he's not looking good at all.

Byron and the other Gay Democrat men are beating off while viewing his autographed picture of Dr. Rachel Levine, Biden's new Secretary of the United States Health Department.

You Democrats are sick Byron making that freak Levine the country's Secretary of Health. You already appointed Mayor Pete Buttplug as the Secretary of Transportation. You guys are sick'os !!!

not in the mood to spend 500 for good seats and won't go with bad seats.

going to check out monarchs if anything.