Our Kansas City Saturday morning TV news featured many hotties talking about traffic and a fleeting mention of the latest local murder but one controversial topic of international importance was strangely absent.

As usual, the Internets memes are already WINNING the discourse with an irreverent celebration of misfortune that's probably horrible for the soul but provides a nice chortle that's a sad excuse for real laughter.

Still, we're only human and it's not schadenfreude to savor some truly creative memes . . . 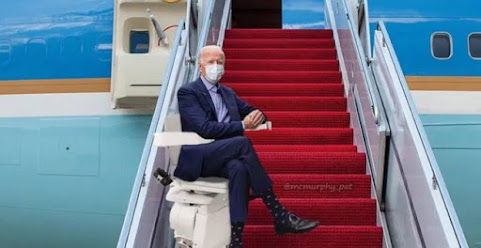 Why pay for a subscription to the Kansas City Star if their highly touted editorial board politely ignores the hottest, global political debate of the moment as if it was an elevator fart?!?!

That question is for TKC Readers to consider but let's not forget that stumbling and foibles of American Presidents is a tradition.

Prez George Bush famously fell off a Segway before a pretzel nearly ended his career far too early.

And our favorite example of Presidential clumsiness is former Prez Gerald Ford giving Chevy Chase a career after falling on the ramp of Air Force One as well. 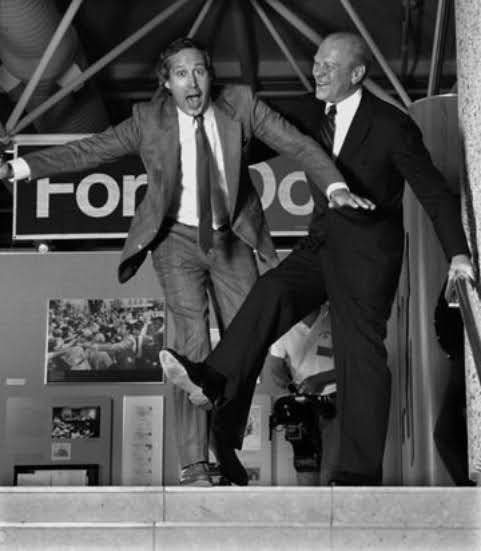 And so our blog community contends that THE PREZ BIDEN TUMBLE BELONGS IN THE KANSAS CITY DISCOURSE even if phony Midwestern manners might prevent any truly provocative mainstream writing.

Credit Where It's Due Only KCTV5 Picked Up The National News: VIDEO - President Biden falls trying to go up stairs to Air Force One

Guardian: Biden 'doing fine' after stumbling once, twice, thrice on steps of Air Force One