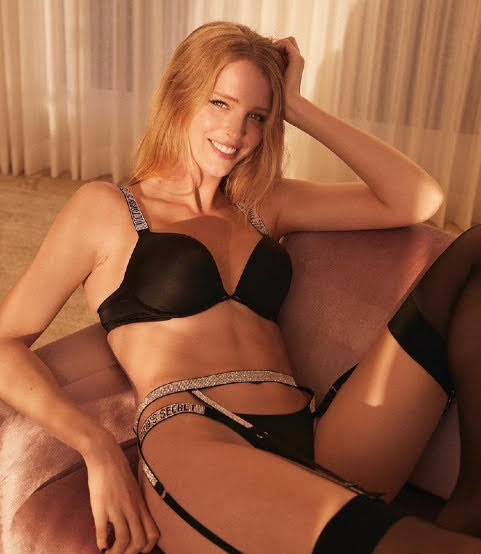 This morning hottie Abby and her persuasive panty promo for an embattled but enduring brand inspires our somewhat upbeat peek at pop culture, community news and top headlines.

Sharon White-Lewis says she's always been the type of person to "run into the fire." In March of 2020, that meant calling the state board of nursing to ask how she could help. The board directed her to the Medical Reserve Corps of Greater Kansas City.

OLATHE, Kan. - Johnson County residents should expect to hear tornado sirens today after a state-wide test yesterday failed to activate 200 alarms. An emergency alert test across Kansas and Missouri on March 2 ended up as a major bust. Text alerts were sent to residents, telling them to take shelter immediately due to an imminent tornado threat.

KANSAS CITY, Mo. - Jackson County resumed jury trials this week after putting them on hold for months due to the COVID-19 pandemic. But one judge said the county likely will be playing catch up for the foreseeable future.

The Rise and Fall of Victoria's Secret, a new docuseries from Peter Berg and Matt Tyrnauer, has landed at Hulu. First revealed by Deadline back in March 2020, The Rise and Fall of Victoria's Secret will shed light on the inner workings of a once-powerful sector of the world of fashion, adding context to both the positive and negative aspects of a rapidly transforming industry.

Stimulus checks have Americans in agreement, but country bitterly split on everything else - Study Finds

ROCHESTER, N.Y. - In a year filled with civil unrest and the deepest political divisions in recent history, America is coming together on one issue - COVID-19 relief in the form of continued stimulus checks. A new survey finds generous financial recovery plans win bipartisan support from voters across the United States.

Iraq military base used by U.S. hit by rockets year after similar attack brought U.S. and Iran close to war

Baghdad - At least 10 rockets targeted a military base in western Iraq that hosts about 2,000 U.S. troops on Wednesday, American and Iraqi military officials said. A U.S. defense official told CBS News national security correspondent David Martin there were no reported casualties among U.S.

Capitol Police will beef up security this week at the Capitol building as a precaution against any potential extremist activity amid a far-right conspiracy theory that President Donald Trump will rise to power on March 4, the original inauguration day for presidents prior to 1933.

WHO: 'Premature' and 'unrealistic' to expect pandemic to end soon

A senior World Health Organization official said Monday it was "premature" and "unrealistic" to think the pandemic might be stopped by the end of the year, but that the recent arrival of effective vaccines could at least help dramatically reduce hospitalizations and death.

A spokesperson for the Duke and Duchess of Sussex says Meghan "will keep striving to set an example for doing what is right and doing what is good" On Tuesday, in the U.K. claimed that the Duchess of Sussex faced a bullying complaint made by one of her close advisers during her time as a working royal at Kensington Palace - something her office has strongly refuted.

KANSAS CITY, Mo. - Artists who created a mural for late Supreme Court Justice Ruth Bader Ginsburg will repair vandalism to the creation Wednesday morning. The mural at West 43rd Street and Belleview Avenue in Westport was painted in the fall of 2020 after Ginsburg died.

How to get the COVID-19 vaccine in Kansas, Missouri

ANYTHING SO MUCH A PRESIDENT BRIAN BIDEN BREAKS ENCOURAGING NEWS IN THE CORONAVIRUS FIGHT MOVING UP THE TIMELINE TO GET EVERY ADULT IN AMERICA A VACCINE. MEANWHILE A COUPLE OF STATES ARE GOING AGAINST RECOMMENDATIONS FOR DOCTORS ROLLING BACK HEALTH AND SAFETY RULES A B C'S IKEY JOSHI IS ALL FROM WASHINGTON.

Another beauty today KC for your Wednesday! We will start the day with clear skies and end with mostly sunny skies through this afternoon. High temperatures will be above normal again into the middle 60s. Chances for rainfall look very slim to none for the next 5-6 days.

Cannons - Fire for You is the song of the day and this is the OPEN THREAD for right now.