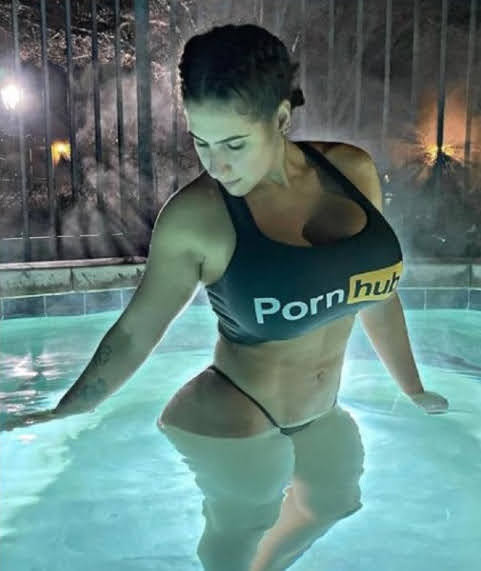 We start the morning by noticing promo for a controversial brand amid a deluge of community news, pop culture and top headlines.

(CBS) - The distribution of the COVID-19 vaccine is growing, but scam artists see a growing opportunity. When the vaccine came out, Janice Gach gave her contact information to the Florida Health Department hoping to get an appointment for the shot.

It's hard to faze Sarimar Gascot. The 26-year-old nurse has spent the last three years working in the emergency room at Truman Medical Centers. Being an ER nurse means she sees just about everything. She clocks in for her 12-hour shift at 7 p.m. and gets home as the city wakes up.

March 17, 2021 Thanks to the work of a dog-loving police officer, a stolen puppy is back with its rightful owner after a stand-off. A resident of the Marlborough neighborhood came home from work March 6 to find her 13-week old pit bull puppy, Piglet, missing from his kennel.

Mia Khalifa has spoken out about the shocking spate of massage parlour shootings in the US that left eight people dead. Many of the victims were women of Asian descent and police said the shootings happened at a massage parlour in Acworth, a suburb north of Atlanta, Georgia, and two spas in the city itself.

Through hushed tones, a woman called 911 from an Atlanta spa Tuesday to say that she believed a man with a gun was going to rob them.

Climate czar John Kerry was caught not wearing his mask while reading a book on an American Airlines flight in lieu of a Centers for Disease Control and Prevention (CDC) mandate requiring masks on flights.

House Democrats are expected to vote on two separate bills on immigration Thursday, marking the first time Congress will vote on a pathway for citizenship for undocumented immigrants since Democrats won slim majorities in both chambers of Congress with President Joe Biden in the White House.

In the coming weeks, Trump is expected to meet with several reporters who spent years tracking his political ambitions or covering his presidency and quest for reelection.

Fischer is described as "the Captain America of the Railways - a fearless teen who stepped up to protect fellow runaways and the unhoused. Marvel Comics is proud to honor Pride Month with the rise of this new LGBTQ+ hero."

KANSAS CITY, Mo. - The Kansas City Zoo has more than 30 job openings right now, many for part-time and seasonal positions. While there are jobs available working with animals, zoo officials say they get a lot of applicants for those jobs.

Operations Associates are experts and technicians who promote active transportation and recreation. Duties include checking bikes for safety, ensuring bikes are parked properly, and some basic bicycle maintenance. Read the full job description and learn how to apply here:

There is a Storm Track 5 Weather Alert posted for this morning. We are tracking a 60% chance for rain and snow showers for the early part of the morning rush. Most roads will stay wet with better chances for snow south and east across our area.

The Donnas - Take It Off (Acoustic) is the #TBT song of the day and this is the OPEN THREAD for right now.

if you work in kc. be sure to get paid in bitcoin.

Good grief; the nation has fallen into the abyss.

But then again, we have a pedophile named Joe Biden as the nation's President.


The democrats aren't going to be happy until they undo that wall and get more votes from people that don't respect our laws that is what democrats are all about. LAWLESSNESS. It seems now the fake president has triggered Russia to show off to the American people and that's not good. Russia can wipe us out the way our military is being brought down under Biden.

Great, now Captain America is a fruit. When is the Tranny Captain going to appear?

Welcome to Wokestan, where Captain America is a twink!

beware vaccine surveys sent to you.

Jackson-Doolin has been charged with felony burglary and stealing. He was already out on bond for three other burglary cases at the time of the offense.

The above excerpt from the story about the returned stolen puppy tell you all you need to know about crime in KC. Out on bond for, not one, not two, but three other cases. Do these assholes ever get the justice they deserve?

Bike share is booming in the Kansas City region. -- lie

walkbike KC is another inept facet of KC government.

never was really interested in the imaginary sex life of imaginary superman and lois lane either.