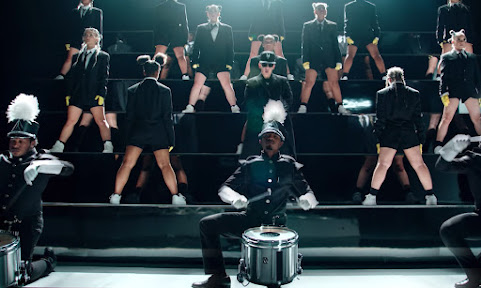 We start the morning with a bit of a sound off a worthwhile collection of community news, pop culture and top headlines.

The ribbon was cut at The Avenues newest grocery store, the new Fresh Market El Mercado Fresco at 2620 Independence Boulevard. The store is the second Mercado Fresco on the Avenue, and is located in the old Snyders Supermarket space near Independence and Chestnut.

KANSAS CITY, MO (KCTV) -- Tax time is coming up and we recognize this year will be confusing for many. The pandemic had us all tightening our belts. Some were forced to dip into their 401Ks, and others lost their job. KCTV5 Stands for You, and this week we're assembling a team of tax experts to answer your calls.

Fauci on CPAC speech: 'I'm sure that you can get a standing ovation by saying I'm wrong'

Appearing Sunday on CBS' "Face the Nation," Fauci - who has served for more than three decades as the director of the National Institute of Allergy and Infectious Diseases - described Noem's remarks as "unfortunate." "It is not really helpful. Because sometimes you think things are going well, and just take a look at the numbers.

Biden backs right of Amazon workers to attempt to organize

President Joe Biden on Sunday offered his support for organizing efforts by Amazon workers in Alabama, though he stopped just short of endorsing the formation of a union. "Workers in Alabama - and all across America - are voting on whether to organize a union in their workplace.


Everybody Fights For Free Money

A brawl is brewing between liberal and moderate Democrats. One can find evidence of this fight in the battle to increase the minimum wage to $15 an hour as part of the latest coronavirus relief bill. The left failed in that effort.

WASHINGTON - Iran rejected on Sunday an invitation from global powers who signed the 2015 nuclear deal to discuss the regime's potential return to the negotiating table, a significant setback in the Biden administration's efforts to revive the agreement.

Representative Alexandria Ocasio-Cortez (D-New York) has called for an independent investigation led by the Attorney General into allegations of sexual misconduct by Governor Andrew Cuomo. Over the weekend, a second woman emerged with sexual misconduct claims against the politician: Former aide Charlotte Bennett, 25, told The New York Times that Cuomo, 63, had often quizzed her about her sex life and asked her if she "had ever been with an older man."

In a restaurant in an old house on Kansas City's Westside, chef Brent Gunnels has been tending a clay oven, making a style of cuisine almost as new to him as it is to his customers. Poached eggs in simmering stews of warmly seasoned tomatoes; savory lamb balls wrapped in freshly baked flatbread; yogurt topped with shaved carrots, pistachios and pickled beets.

Baseball is set to return Sunday when the Royals play a seven-inning game against the Rangers to open the Cactus League season at Surprise Stadium. Royals manager Mike Matheny said that the Royals will stay on the field to get two more innings of work in to make it a

Breezy northwest winds will relax a little through the evening and overnight hours. Temperatures will fall into the mid to upper 20s by daybreak on Monday making for a chilly start to the week. The good news is quiet weather is expected through most of the week as another warming trend returns.

Daddy Yankee - Problema is the song of the day and this is the OPEN THREAD for right now.