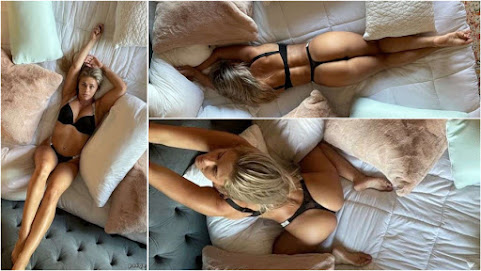 Right now fighting hottie Paige has set the social media world abuzz with her boudoir pix social media promo that shares a peek at her softer side. Similarly we check pop culture, community news and top headlines to offer a well-rounded glimpse at the discourse.

KANSAS CITY, Mo. - Kansas City is returning to Crown Center in 2021. The annual event had to downsize to "smaller, Irish-themed, locally-focused community experiences" in 2020 due to concerns over the spread of COVID-19. Organizers said they plan to take precautions as directed by the Centers for Disease Control and Prevention and local authorities for the event, which is scheduled for Labor Day weekend.

KANSAS CITY, Mo. - Vaccinators from Truman Medical Centers and Children's Mercy Hospital say they'll be busy inoculating Missouri teachers for the next six weeks. About 500 Kansas City Public Schools teachers received their first dose of the Pfizer vaccine at the Manual Career Tech Center as some also returned to the classrooms today.


Col. Sanders Not Chicken Amid Fight For More Vaxx

Kansas' top public health administrator told legislators Monday that the state could distribute five times as many COVID-19 vaccine doses as it is receiving now from the federal government.Dr. Lee Norman, head of the state health department, said the biggest issue facing Kansas in getting people inoculated is the vaccine supply.

Plenty of younger people are eager to build careers in farming, but more land up for grabs won't necessarily make it easier to get started. Access to land and capital are two of the biggest hurdles facing first-generation farmers today, and some say they face an extra barrier to both - student loan debt.

FORMER UFC star Paige VanZant treated fans to a busty Instagram selfie on on Friday, along with an eyebrow raising inspirational quote. The MMA beauty, who has been teasing her next fight, told her 2.8M followers: "Self love is the greatest middle finger of all time" The fighter was dressed in a leopard bikini top.

Bill Maher delivered again Friday night, with a blistering review of America ... a "silly country" he says, especially when compared to China. The 'Real Time' host dissected the American psyche ... a country that is now obsessed with Dr. Suess' books.

Vatican says it will not bless same-sex unions, calling homosexuality a 'sin' and a 'choice'

The Vatican said Monday that the Catholic Church would not bless same-sex unions, in a statement approved by Pope Francis that threatens to widen the chasm between the church and much of the LGBTQ community.


No Break From Plague

The U.S. could still see another coronavirus surge - even as vaccinations against Covid-19 rapidly rise across the nation - as states relax restrictions and more Americans travel for spring break, the head of the Centers for Disease Control and Prevention warned on Monday.

KANSAS CITY, MO (KCTV) -- The Kansas City Chiefs have signed a new offensive lineman named Joe Thuney. Thuney has played for the New England Patriots for the last few years. According to an ESPN report, the deal is for five years and worth up to $80 million.

RAYMORE, Mo. - An old scam returns to the Kansas City area with a vengeance. Raytown police say they are taking reports about a Publishers Clearing House phone scam. People are getting phone calls claiming to be from sweepstakes employees. The scammers ask for personal information to confirm they've reached the correct winner and then [...]

The Kansas City VA Medical Center (KCVA) is now offering walk-in COVID-19 vaccinations to enrolled veterans. According to the KCVA Medical Center Director, David Isaacks, the vaccine team has expanded vaccine availability to all veterans and made receiving a vaccination even more convenient.

Posted: / Updated: An eventful last few days in the weather world. For us, just general rains in the region, 1-2″ worth from Friday through yesterday evening. For areas out west, tremendous snows, over 27″ officially in Denver. And for areas in Texas, severe storms and tornadoes.

FL started with vulnerable seniors, not state employees. That was the proper emergency morality.

In general, Kansas has been stupid and behind the curve on all of corons, from testing to vaccines. Very unimpressive..

"Vatican says it will not bless same-sex unions, calling homosexuality a 'sin' and a 'choice'"

And all it took was one visit to Iraq!

Shocker huh? Now our libtard fiends will get to see first hand that spending like a drunken sailor and jacking taxes will not result in the wet dream of a booming economy like they keep insisting that it will. Popcorn, pretzel or beer anyone? 😏🍿🥨🍺

The sadistic side of me enjoys watching morons stick forks in electric outlets. Sit back and enjoy the show!

big tax increases will be a surprise.

paige prepping for another sniff test.

Find some more dirty underwear did you?

and balls, paige has tucked her testicles.

8:28 are you the guy that likes to be blown by anyone while taking a shit? There is probably a local facebook group for that, even if it dramatically fails the sniff test.